Putin Critic Alexei Navalny in Hospital After Being Poisoned 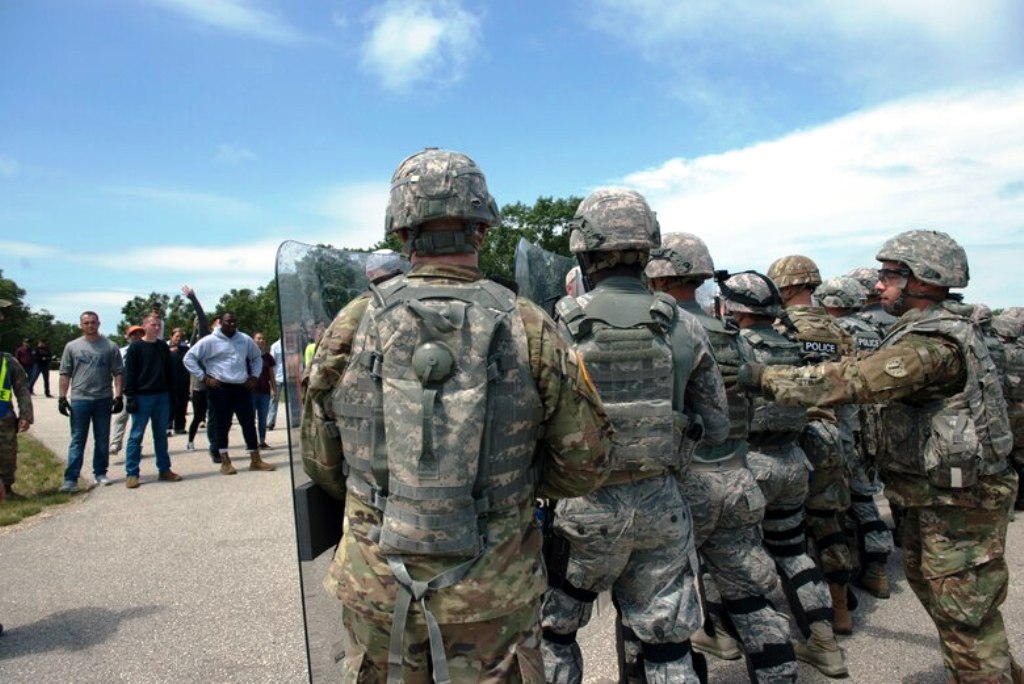 Wisconsin’s governor summoned the National Guard for fear of another round of violent protests Monday after the police shooting of a Black man turned Kenosha into the nation’s latest flashpoint city in a summer of racial unrest.

Democratic Gov. Tony Evers said 125 members of the National Guard would be in Kenosha by night. With the responsibility for “guarding infrastructure and making sure our firefighters and others involved are protected.” County authorities also announced an 8 p.m. curfew.

The move came after rioters set cars on fire, smashed windows and clashed with officers in riot gear Sunday night over the wounding of 29-year-old Jacob Blake. He was hospitalized in serious condition. In a widely seen cellphone video made by an onlooker, he was shot, apparently in the back, as he leaned into his SUV while his three children sat in the vehicle.

Tensions flared anew Monday after a news conference with Kenosha Mayor John Antarmian, originally to be held in a park, was moved inside the city’s public safety building. Hundreds of protesters rushed to the building and a door was snapped off its hinges before police in riot gear pepper-sprayed the crowd. Which also included a photographer from The Associated Press.

Police refuse to talk about Race

Wisconsin Police in the former auto manufacturing center of 100,000 people midway between Milwaukee and Chicago said they were responding to a call about a domestic dispute. They did not say whether Blake was armed or why police opened fire. Furthermore they released no details on the domestic dispute. They also did not immediately disclose the race of the three officers at the scene.

The man who claimed to have made the video, 22-year-old Raysean White, said that he saw Blake scuffling with three officers and heard them yell, “Drop the knife! Drop the knife!” before the gunfire erupted.

He told ABC News that he didn’t see a knife in Blake’s hands.

The Wisconsin governor said that he has seen no information to suggest Blake had a knife or other weapon, but that the case is still being investigated by the state Justice Department.

The officers were placed on administrative leave, standard practice in a shooting by police. Authorities released no details about the officers or their service records.