Chinese People Not Welcome and Being Stigmatized Worldwide
Advertisement 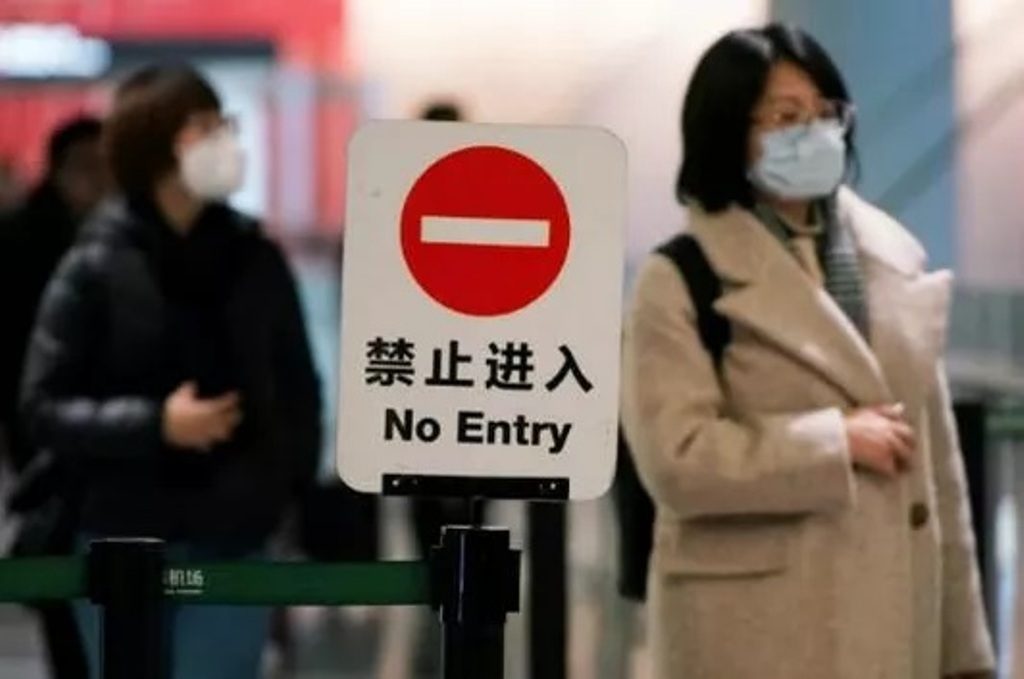 As a deadly virus spreads beyond China, Chinese people are being stigmatized by people all around the world. As governments, businesses and educational institutions are struggling to find the right response. While safeguarding public health is a priority. Airlines are halting flights from China. Schools in Europe uninviting exchange students and restaurants in South Korea turn away Chinese customers.

People are now stigmatizing the entire population a country where the outbreak began, Bloomberg reports.

With the death toll reaching 170 and the roster of cases climbing above 7,700, worries are growing. Many global companies with operations in China have also asked workers to stay home. Airlines are curtailing flights to the nation. Heck British Airlines stop all flight going and coming from China.

Now several countries have begun evacuating citizens from the most stricken zone around the city of Wuhan.

Though the vast majority of cases involve people from the central Chinese metropolis or nearby cities, or those who have been in contact with them, people of Asian appearance around the world say they’ve been subject to increased wariness since the disease began spreading.

In some cases, baser emotions have come to the fore

In South Korea, signs have begun popping up on restaurant windows saying, “no Chinese allowed.” A Korean casino catering to foreign visitors said it’s no longer accepting tourists from China. More than half a million people signed a petition, submitted to the government, calling for a ban on visitors from the nearby country of 1.4 billion.

A Chinese woman visiting the Japanese city of Ito said that a server at a restaurant shouted “Chinese people! Out!” at her. This was according to a recording shared on  her Weibo account. The recording, was shared by a reporter from Hong Kong-based Phoenix TV.

A woman who answered the phone at the restaurant said it was refusing customers from China and Southeast Asia because the owner was worried about the coronavirus. “If our owner contracts the virus and dies, whose responsibility is it then?” she said.

Health concerns aside, the reaction in South Korea and Japan to the virus reflects longstanding friction with China. As well as resentment over its growing influence in the region. That’s even as an influx of visitors from China has boosted neighboring economies. Including South Korea’s, where tourists surged by a quarter to more than 5.5 million through November from the previous year.

Signs of insensitivity aren’t limited to Asia. French regional newspaper Courrier Picard sparked outrage with its headline. “Yellow Alert” on a front-page story about the coronavirus. The paper apologized to readers who took to Twitter to condemn the allusion to “Yellow Peril.” A xenophobic term referring to the peoples of East Asia that dates to the 19th century.

In Denmark, the Chinese embassy called on the country’s Jyllands-Posten newspaper to apologize for an editorial cartoon that depicts China’s flag with virus symbols instead of stars on a red background.

“We feel angry and we feel sad because it’s a kind of insult to Chinese people and to our flag,” John Liu, Secretary General at the Chinese Chamber of Commerce in Denmark, said in a television interview.

The paper declined to apologize, citing Denmark’s tradition of freedom of speech.

Those of Chinese descent, but not from China, have also been met with harsh reactions. In Sri Lanka, a group of tourists from Singapore were barred from climbing local attraction Ella Rock. Just because of their appearance, according to Tucker Chang, 66, one of the tourists. No one in the group had a history of recent travel to China.

In France, the Foreign Ministry advised schools and universities to postpone student exchanges with China. At least one high school in Paris withdrew invitations to a group of students set to arrive this week.

In Canada, parents in communities north of Toronto started a petition. Urging schools to force students who recently returned from China to stay home to avoid any chance of spreading the disease. The petition has garnered almost 10,000 signatures in the area. The area also has large ethnic-Chinese people and Asian population.

In response, the school board wrote parents advising them that such requests run the risk of “demonstrating bias and racism.” Even when made in the name of safety and well being of their children.

“What we’re really trying to get at is to [make sure] this situation is not giving rise to any inadvertent racism,” Nathan told CBC Radio’s Metro Morning. “I think the parents may be overly cautious and very anxious over coronavirus concerns.”

“Many in the community have been wanting to see this. I think it is important we are taking this precautionary measure in line with community sentiment,” she said.