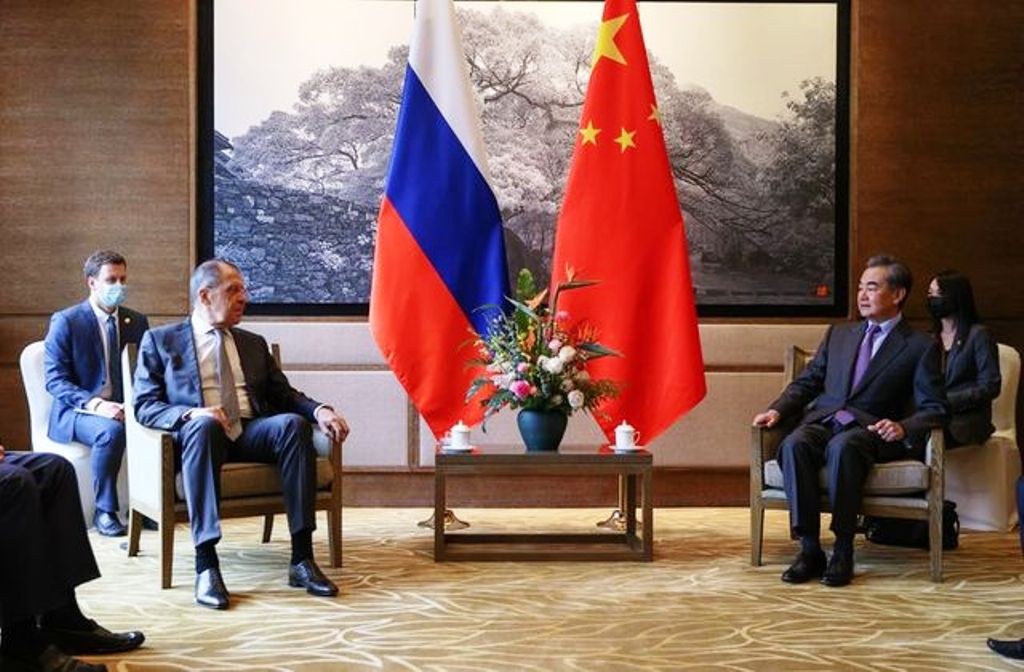 China and Russia are frustrating the international response to the Myanmar crisis,after they blocked a proposed arms embargo against the Myanmar Junta. The death toll from a military junta crackdown has now climbed past 700.

Myanmar has been in turmoil since the military removed civilian leader Aung San Suu Kyi from power in February..

International efforts to stem the violence have so far failed to yield results, with EU foreign policy chief Josep Borrell saying Sunday it was “no surprise” that China and Russia were blocking efforts at the UN Security Council to impose arms embargo.


“Geopolitical competition in Myanmar will make it very difficult to find common ground, as we have witnessed again and again… but we have a duty to try,” Borrell said.

Europe has become a major export market for Myanmar’s garment industry in recent years, he said, suggesting the EU could offer to increase economic ties and investments if the country returns to a path of democracy.

“The Myanmar Junta is used to international isolation and has a decade-long record of ignoring the needs and the will of the country’s citizens,” he said. 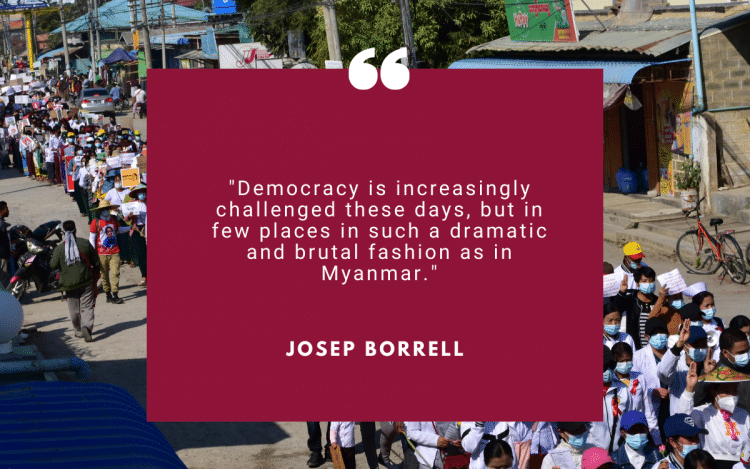 The weekend saw a steady stream of mourners turn out to pay tribute to loved ones gunned down in the southern city of Bago, where security forces killed at least 82 anti-coup protesters in a brutal crackdown, according to a local monitoring group.

The true number killed may never be known — there are reports security forces took away some bodies. Ko Thi Ha, 30, a Bago charity worker and eldest of six siblings, was among those fatally wounded. He was shot trying to escape soldiers by climbing over a brick wall with two others.

“The army shouted at him not to run, but he was afraid the army would shoot him if he didn’t run,” his friend said.


“He was shot in the leg and then he fell down, his head hit the brick wall and he died from the incident.” His family cremated his body after claiming it from the hospital’s mortuary.

According to AFP footage shot early Friday showed protesters hiding behind sandbag barricades wielding homemade rifles, as explosions were heard in the background.

The United Nations office in Myanmar tweeted late Saturday that medical treatment had been denied to many of the injured at Bago.

Overall, as of late Sunday, the Assistance Association for Political Prisoners revised up its civilian death toll to 706 since the coup. The junta claims a far lower number have been killed.

AAPP also confirmed a man was shot dead on a motorbike on Sunday at Tamu in the Sagaing region and that his female passenger was wounded and close to death. It has also verified four deaths from Saturday. 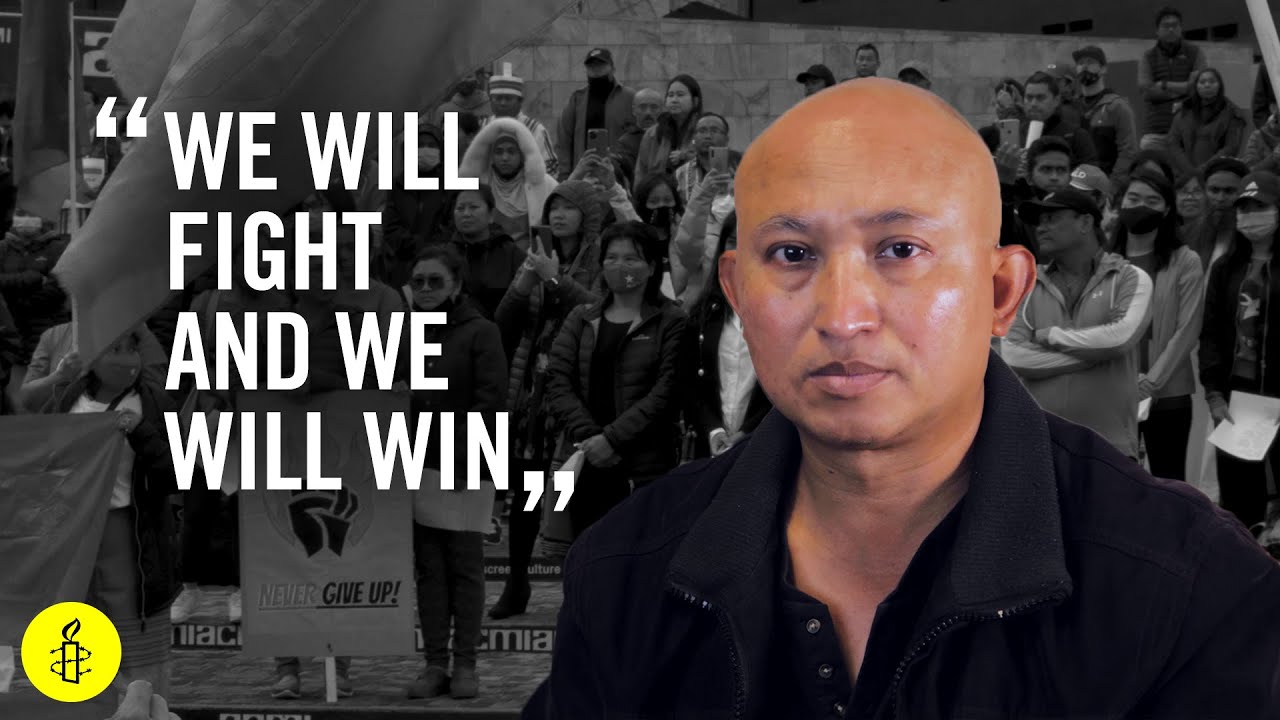 Despite the bloodshed, protesters continued to rally across the country Sunday, both on foot and motorbikes.

University students and their professors marched through Mandalay and the city of Meiktila on Sunday morning, according to local media.

Some carried stems of Eugenia flowers — a symbol of victory. In Yangon, protesters carried a banner that read: “We will get victory, we will win.”

Demonstrators there, as well as in the city of Monywa, took to writing political messages on leaves including “we must win” and calling for UN intervention to prevent further bloodshed.

After sunset protesters lit up their neighbourhoods with flashlights and sang songs.

Meanwhile, Myawaddy Bank’s biggest branch in Mandalay was struck by a bomb blast on Sunday morning and a security guard was injured in the explosion, according to local media.

The bank is one of scores of military-controlled businesses that have faced boycott pressure since the coup, with many customers demanding to withdraw their savings.

Meanwhile, Sunday saw intense fighting in Momauk township in the northern Kachin state between the Kachin Independence Army, an ethnic armed group, and the Myanmar military.

“They tried to get into our area, but our troops tried to block them on the road,” KIA spokesman Colonel Naw Bu said. Adding clashes had broken out from 8 pm the previous night and that the Myanmar army had deployed airstrikes against them.

“The Myanmar Army used artillery and shell at the area where they believed KIA hide in the jungle. Then, KIA also shot them back.” He was unable to confirm how many Myanmar soldiers were killed when KIA ambushed two army trucks.