Canada to Close Borders to Non-Citizens Over Coronavirus
Advertisement 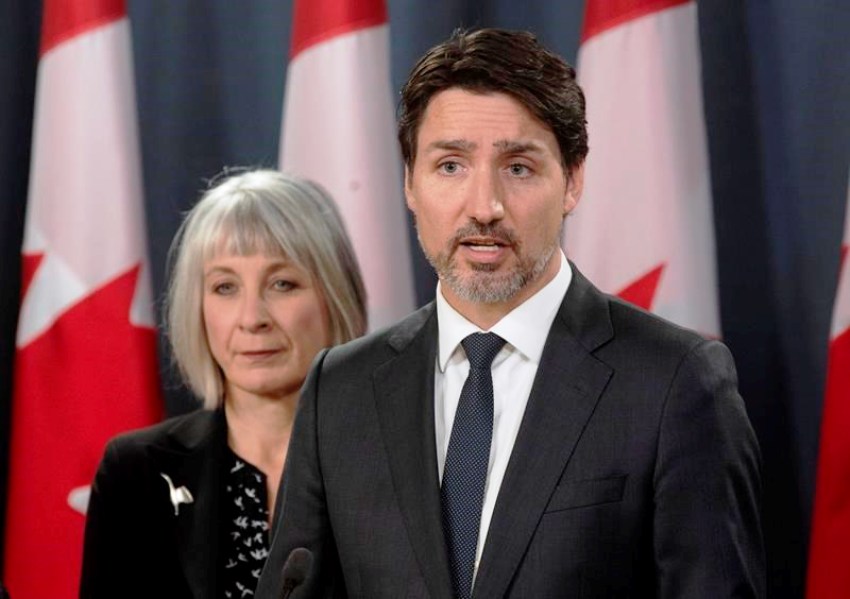 Canada will bar entry to most non-citizens and non-permanent residents, Prime Minister Justin Trudeau said on Monday. A”significant step” he said aims to stem the spread of the novel coronavirus.

Speaking from self-isolation outside his residence in Ottawa, the capital, Trudeau said his government was acting on the advice of public health officials.

“At every step we’ve taken the best advice of our public health officials, and now is the time to take this particular step. It is a significant step. It is a step that we take in exceptional circumstances, but it is the right step,” Trudeau told reporters. Trudeau began self-isolating after his wife tested positive for the Wuhan virus.

The travel ban will not apply to United States citizens! However, and this exemption immediately raised some questions and concerns that COVID-19, the disease associated with the Wuhan virus, could spread between the neighbouring countries.

Canada and the US share an 8,891-km (5,525-mile) land border. More 4,100 people have been infected with the virus in the US, according to John Hopkins University.

“We are recognizing that for the moment that measure does not apply to US citizens. However we will have more work to do in the coming days to ensure we are doing all that we need to do to keep Canadians safe,” Trudeau said.

The prime minister noted that the level of integration between the two countries put the US in a separate category. Two-way trade in goods and services between Canada and the US totaled $718.5bn in 2018.

As of Monday morning, Canada had 324 confirmed cases of the coronavirus nationwide. All major cities across the country have taken measures to try to stem the spread of the virus.

In some provinces, that includes the closure of daycare centres and universities, bars, gyms and other public places, as well as asking anyone who recently returned from outside of the country to self-isolate for 14 days.

Trudeau said on Monday that anyone showing symptoms of the coronavirus will also not be allowed to board a plane back to Canada.

Dr Theresa Tam, Canada’s chief public health officer, said that the border measures are “another layer” that the government has put in place “to add to the protection of Canadians”.

But Alex Neve, secretary general of Amnesty International Canada, told Al Jazeera the main question he had was whether the border measure would affect refugee claimants, including those trying to fly into Canada or cross the US-Canada border irregularly to make their claims.

“I heard nothing … about what implications this will have for them,” Neve said in a brief phone interview on Monday afternoon.

“It would be concerning, obviously, if because of the border closure a refugee claimant is barred from entering or is sent back – in particular if they’re sent back to the country where they fear persecution.”
Three more deaths

The top public health officer in British Columbia (BC), on Canada’s west coast, said on Monday that three more people had died due to the Wuhan virus. Raising the death toll in the province to four.

Those cases were all in a long-term care facility for elderly people in North Vancouver.

Dr Bonnie Henry, BC’s provincial health officer, also said officials were asking people to limit gatherings to a maximum of 50 people. “This is not forever, but it is important for now and for the foreseeable future,” she said.

BC’s minister of health, Adrian Dix, said that despite the travel ban not applying to US citizens. Also nonessential visitors should not come to BC.

“Don’t come,” Dix said, “because at this moment that is the wrong thing to do.”

Bruce Heyman, a former US ambassador to Canada, advised US citizens to avoid travelling north if they can. “While Canadians don’t specifically prohibit US citizens, we should be respectful of them during this time,” he tweeted.

Experts told Al Jazeera earlier this month that cooperation was key to preventing the spread of the coronavirus amid reports that US President Donald Trump was considering closing the US southern border with Mexico.

Dr Carlos Del Rio, professor of medicine and global health at Emory University, said that border closure would “be of no [public health] benefit to control this epidemic”.

Donald Abelson, a political science professor at St Francis Xavier University who specializes in US-Canada relations, said Canada is engaged in a “high-wire act” as it tries to balance its coronavirus response with a need to keep up good relations with its powerful neighbour.

“I think the prime minister is clearly concerned about the political fallout if he banned American citizens from entering Canada. I don’t think it really had much to do with health concerns,” Abelson told Al Jazeera.

“But having said that, if things get progressively worse he [Trudeau] may have no choice” but to limit entry into Canada for US citizens, he said. “It’s not about having American citizenship, it’s about how healthy people are [who are] coming across the border, where they have been before, the people with whom they’ve come into contact.”