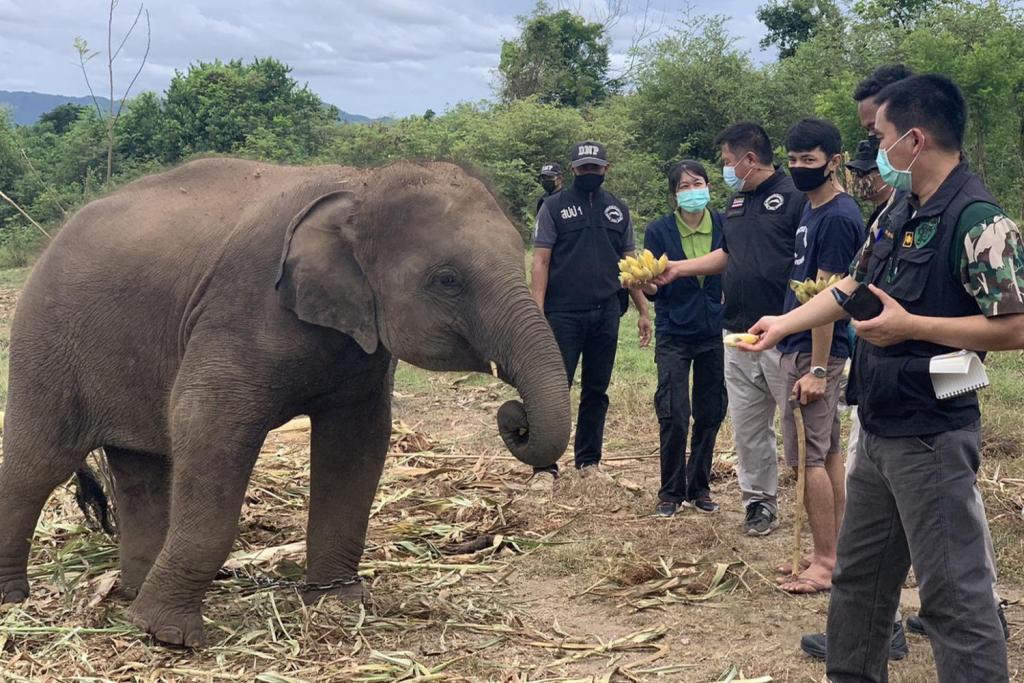 Wildlife resources officials have taken custody of a suspected young wild elephant from an elephant camp in Kanchanaburi, Thailand. The Department of National Parks, Wildlife and Plant Conservation believe the 4 year-old elephant was caught in the wild.

Wildlife resources officials, accompanied by police, went to the Wang Chan elephant camp of Riviere Kwai Elephants Co in Kanchanaburi on Thursday. They were met by the owner’s son, Kenji Alison.

The young elephant had been documented as the offspring of a domesticated elephant belonging to Nimor Satayaruangrong, a Karen man in Mae Ramat district in Tak, Thailand.

DNA tests on samples taken in December showed the two animals were not related. Mr Nimor had said he sold the elephant to Mr Kenji for 800,000 baht. However, Mr Mongkol said the elephant impounded at Wang Chan camp was not the elephant whose birth was earlier registered in Tak.

Mr Kenji was charged with unauthorised possession of a protected wild animal, making a false report about the elephant and slapped with a 1.6 million baht bill for “damaging wildlife.”

Some 3,800 elephants live in captivity in Thailand, many in camps, zoos, and sanctuaries. Some camps rent their elephants from individual owners and now, unable to afford the costs of keeping them on, have had to send the animals and their caretakers, or mahouts, away.

Other camps still have their elephants but are struggling to feed and care for them, leaving many isolated and hungry. Across the industry, people are doing everything they can to hang on.