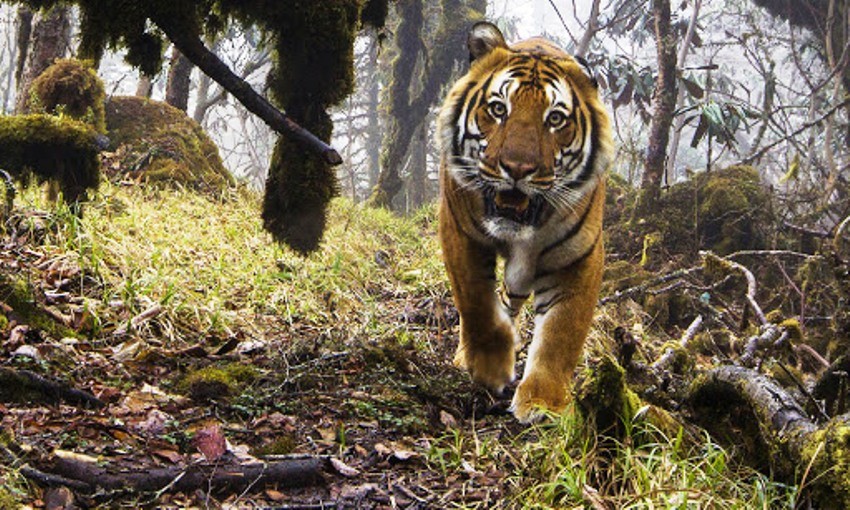 Locals villagers have been warned not to enter Thap Lan National Park after a 46 year-old man was mauled to death by a wild tiger. The man had been in the forest searching for wild plants and herbs with two friends.

Mr. Jamras Phumwaengkuang, allegedly split from his friends upon hearing the noise of an animal that they assumed to be a tiger. According to the two other men he never rejoin their group.

A rescue team and a group of the park’s officials were dispatched to look for him. Wildlife officials and rescue worker came across the wild tiger, guarding his body and a dead monitor lizard. His right leg was bitten off and missing, and there was a big wound on his head. They spent about 15 hours bringing his body out of the forest. The body was sent to Wang Nam Khiew Hospital for an autopsy.

Thap Lan National Park is in the Sankamphaeng Range in Prachinburi, Nakhon Ratchasima Provinces, Thailand. Established as a national park on 23 December 1981, it was the country’s 40th national park.