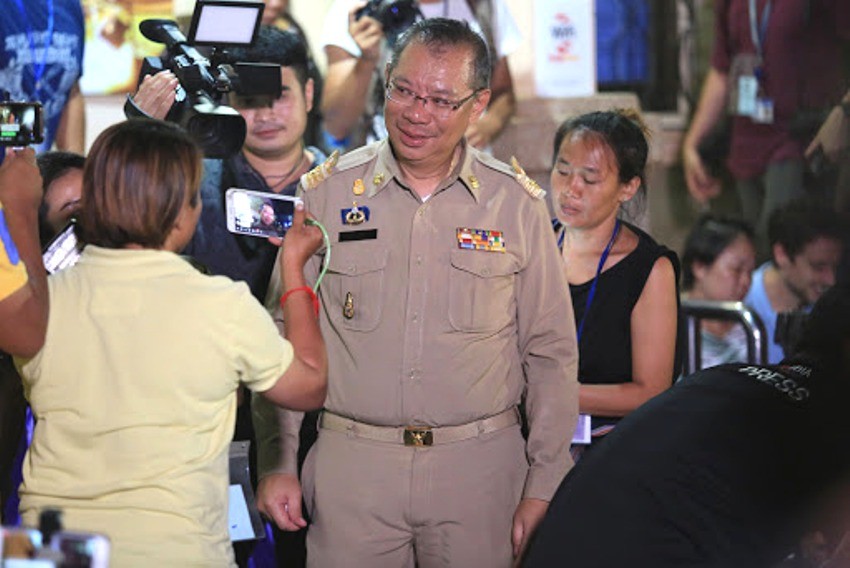 Chiang Rai’s former governor Narongsak Osottanakorn, has received widespread praise following reports that Lampang is one of the only provinces in Thailand which has yet to record one case of the coronavirus.

Governor Narongsak, who was the highly acclaimed governor of Chiang Rai last year who received international praise for his decisive and professional approach to the Wild Boar Tham Luang rescue, gave an interview which is published on the excellent provincial public relations page recently.

“Our team has been doing our homework since the 23rd of January,” he said.  “It was the day that Wuhan shut down. Before that I had never heard of this before. The moment we heard this we wondered if it could come to Thailand. I immediately invited people to talk about the situation informally and we sat down to think about what we could do and to figure out how much of a threat it was.

“For two months we followed this situation very closely. One thing we realized early on was the importance of ventilators. In the whole of Lampang there are around 40 machines, so we have been working on getting more. Now we have 70.  Even the white hazmat outfits, we have ordered 300 of them so that our medical staff can be secure. These are the most important people for us all right now. If they are ill who would care for the rest of us. These plans have been in place for months.

“We have negative pressure rooms for critical patients. Ten rooms across the province which had the capacity to care for 50-60 beds, but it can expand to over 400 cases easily right now. Even though we don’t even have one patient at this time. This was what we planned. Sure, we made mistakes, but we kept fine tuning it. Everything had a plan and when we began to practice our plans, we had to keep fine tuning it and perfecting it.

“Our government is ready and there are hardly any obstacles at this time, we are in close communication with everyone involved in all levels of the province.

“The people really understand. We have gone into the most remote villages to explain to them. We have talked to people who are willing to shut down the entire village if there is a threat. This helps us to work easier.”