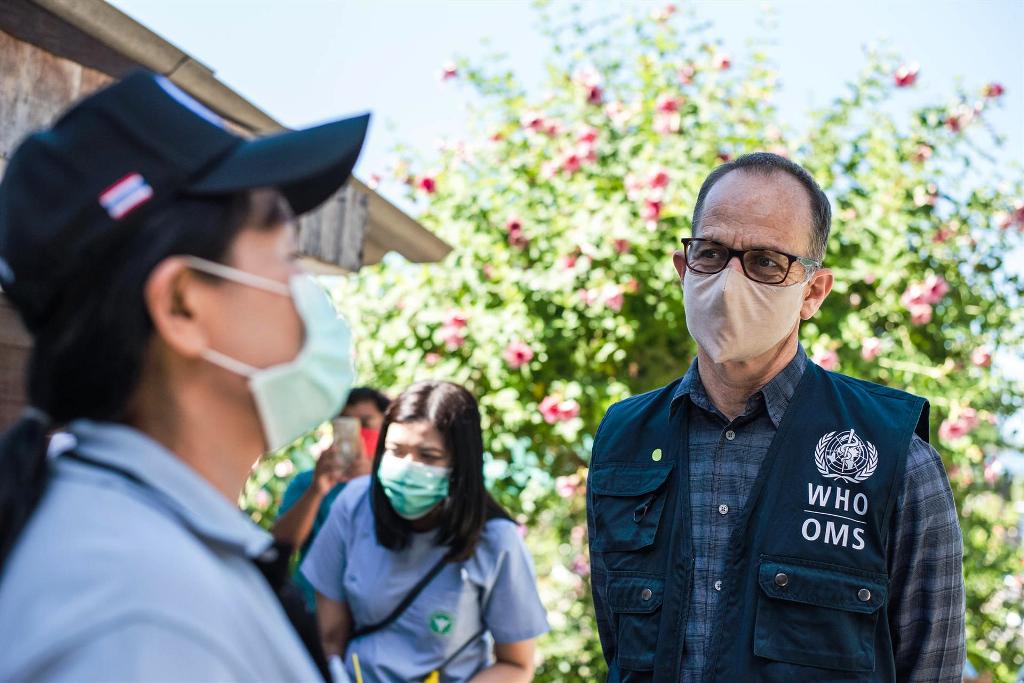 The World Health Organization (WHO) said yesterday the Thai government’s reaction to new covid-19 variants was very shortsighted which has contributed to the soaring number of cases sweeping across the country.

Richard Brown, Health Emergencies programme manager of the WHO’s Thailand office, was speaking at the official launch of the “EU–WHO Southeast Asia Health Pandemic Response and Preparedness Program in Thailand” during which he praised the initial response to last year’s first wave but went on to suggest poor decisions had been made as the nature of the threat changed.

“I think the main reason for Thailand’s problems was the emergence of the new covid-19 variants. We know that viruses change and evolve over time, but I believe not everyone anticipated what would happen and its impact,” the WHO Doctor said.

He also said although the new virus was more infectious, the modes of transmission have not changed, so existing protocols can be tightened to control its spread. “There is a big responsibility for the public to apply at least the basic measures to stop infections. If everyone can do this, we can break the chain of transmission,” he explained.

Dr Nakorn Premsri, the director of the National Vaccine Institute, admitted that the first-wave measures went well because of cooperation from various sectors — particularly the government and the public.

“No matter how good the measures are, without the backing of the public, we may face an even more serious level of contagion as happened in other countries,” Dr Nakorn told the Bangkok Post. “Also, criticism of the vaccines has been unfair as they were developed in the period before mutations were uncovered.”

The vaccine chief went on to suggest that we may have to wait until the end of this year for vaccines to prevent other variants, and that’s without considering the possibility that yet more mutations will occur.

“Vaccine research may struggle to keep up with the rate of change we’re currently seeing in the virus,” he added.

Dr Nakorn went on to explain that each vaccine required time before prompting immunity, six weeks for Sinovac and over eight weeks for AstraZeneca, sufficient to ward off infection. He added that vaccine supply problems were becoming a problem for governments all over the world, not just Thailand.

“Public health officials are working very hard and the public too, are trying their best to comply with official measures, but high levels of contagion are still our main challenge.

For now, the best we can do is to focus on vaccinating those in vulnerable groups to both reduce mortality and also help alleviate some of the strain on our already over-stretched medical services,” he warned.