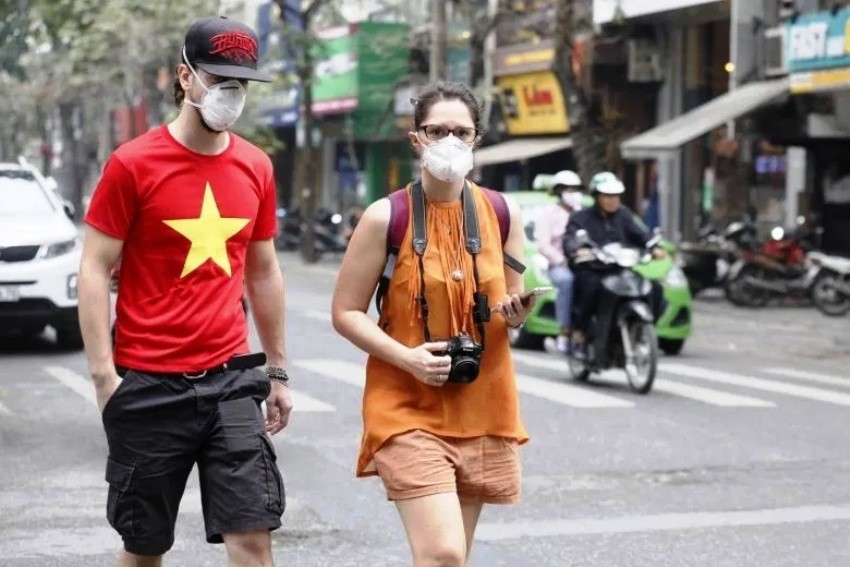 Vietnam is evacuating 80,000 people, mostly local tourists, from the central city of Danang after three residents tested positive for Covid-19 on the weekend, the government said on Monday.

The evacuation will take Vietnam at least four days with domestic airlines operating approximately 100 flights daily from Danang to 11 Vietnamese cities, the government said in a statement.

The Southeast Asian country was back on high alert after the Vietnam government on Saturday confirmed its first community infections since April. And another three cases on Sunday, all in the tourism hot spot of Danang.

Meanwhile, North Korea declared its first suspected coronavirus case on Sunday, becoming one of the last countries to do so as the number of people infected worldwide passed 16 million.

The isolated, impoverished state had until now insisted it had not detected a single Covid-19 case — even as the pandemic swept the planet, overwhelming health systems and trashing the global economy.

At least 645,000 people around the world have succumbed to the respiratory disease, with North Korean arch-rival the United States the worst-hit country by far.

“The vicious virus could be said to have entered the country,” leader Kim Jong Un said, according to the official KCNA news agency.

Authorities locked down the city of Kaesong, near the frontier with South Korea, as state media said a defector who left for the South three years ago had returned and was suspected to be infected with the coronavirus.

But experts believe the contagion is likely to have already entered North Korea from neighbouring China, where the new disease emerged late last year.

The pandemic’s spread is still accelerating, with more than five million cases declared since July — a third of the total number of cases since the catastrophe began.

Even in recent days there has been an alarming uptick in infections, including in places that had appeared to have controlled their outbreaks.

One of those was Australia, which on Sunday suffered its deadliest day since the pandemic began, with 10 fatalities and a rise in new infections despite an intense lockdown effort.

“These things change rapidly, but we have to say these numbers are far too high,” said Daniel Andrews, premier of Victoria state, where the latest outbreak is centered.

Around a quarter of the world’s 16 million confirmed Covid-19 cases are in the United States. Which recorded more than 68,000 new infections in the past 24 hours.

After a drop in transmission rates in late spring, the country has seen a virus surge — particularly in California, Florida and Texas, which is also bracing for the first Atlantic hurricane of the year.

Daily US fatalities from the coronavirus have exceeded 1,000 for the past four days, rapidly increasing the country’s death toll to more than 146,000.

“I’m still concerned that America doesn’t take it as seriously as the rest of the world,” said British golf star Lee Westwood, voicing his hesitation to travel there despite a new quarantine exemption for professional golfers.

In Latin America and the Caribbean, which also count for a quarter of total cases, governments are not planning a return to normality any time soon.

New Year’s Eve celebrations on Copacabana Beach in Rio de Janeiro have been cancelled as Brazil grapples with a spiraling covid-19 virus crisis.

“There is no great reason to celebrate, with more than 80,000 deaths” from coronavirus in Brazil, an official said.

Self covid-19 Isolation in the UK

Meanwhile Europe has reported around three million infections. Despite being largely open for summer holidays within the continent.

However in a snap decision, Britain’s government said passengers arriving from Spain will have to self-isolate for two weeks. This comes after a surge in cases in the Mediterranean country. Health officials have also pointed to nightlife as a possible culprit.

The move, effective from Sunday, has reportedly caught out its Transport Minister Grant Shapps who is holidaying there.

“Various government ministers would have known in advance there was a possibility of imposing a quarantine on holidaymakers returning from Spain,” tweeted opposition MP Diane Abbot.

“But apparently no-one bothered to tell @grantshapps,” she joked.

It marked another hit to Spain’s tourism industry, which is desperately seeking a rebound after lockdowns and border closures pushed around 13 percent of bars, hotels and restaurants to permanently close.

It mirrors the fiscal pain wrought around the world by the pandemic, particularly in precarious economies where livelihoods are fast crumbling.

In India, for instance, millions of migrant workers who fled cities when Covid-19 coronavirus hit say they are too scared to return.

Asia’s third largest economy has reported more than 1.3 million virus cases and is the third worst hit country behind the US and Brazil.

“We are trying our best to bring back migrant workers, even going to the extent of giving them air tickets, Covid-19 virus health insurance … (and) weekly checkups by doctors,” real estate developer Rajesh Prajapati said.

“But it has not reaped any positive signs yet.”