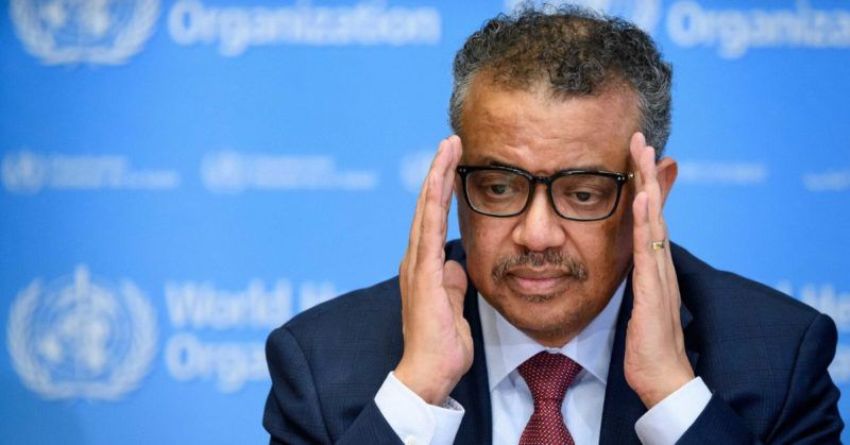 The United States announced Tuesday its suspension of funding to the World Health Organization due to a cover up of the Covid-19 outbreak. China withheld vital information allowing the coronavirus to spread around the world.

President Trump told a press conference he was instructing his administration to halt funding. He said “a review will be conducted to assess the World Health Organization’s WHO role in severely mismanaging and covering up the spread of the Wuhan virus.”

The WHO prevented transparency over the outbreak. The United States is the biggest funder to the WHO which provided $400 million last year. The US will now “discuss what we do with all that money that goes to the WHO,” Trump said.

The US believes that the WHO has become biased toward China and colluded to prevent the United States’ main economic rival from having to be open about the unfolding health disaster. The WHO’s actions cost countries around the world crucial time to prepare and delayed decisions to stop international travel.

“Had the WHO done its job to get medical experts into China to objectively assess the situation on the ground and to call out China’s lack of transparency, the outbreak could have been contained at its source with very little death,” he said.

This would have saved thousands of lives and avoided worldwide economic damage. Instead, the WHO willingly took China’s assurances to face value. Furthermore the WHO defended the actions of the Chinese government.

Trying to cover up the coronavirus pandemic marks China‘s “Chernobyl moment,” according to a new open letter.

In it, the signatories warn that the Wuhan virus crisis shows it is more important than ever to raise up and listen to independent voices in China. Above all given the regime’s silencing of experts who tried to raise alarm bells.

“China’s Chernobyl moment is a self-inflicted wound,” the letter states.

“The CCP [Communist Party of China] silenced Chinese doctors who wanted to warn other health professionals during the early stage of the outbreak.” It goes on to criticize the World Health Organization for bowing to Chinese pressure to downplay the severity of the situation.

That’s a criticism that the organization has been facing now for months.

Canada’s MP Andrew Scheer says his party has ‘serious concerns’ about accuracy of WHO data on COVID-19.

There have been repeated intelligence leaks in recent weeks. Casting huge doubt on the official case numbers of the Wuhan virus reported by China to the World Health Organization.

Bloomberg first reported on April 1 that the American intelligence community concluded in a classified report for the Trump administration that China’s reporting on coronavirus cases and deaths was faked.