Thailand's State of Emergency Decree in Force from Midnight
Advertisement 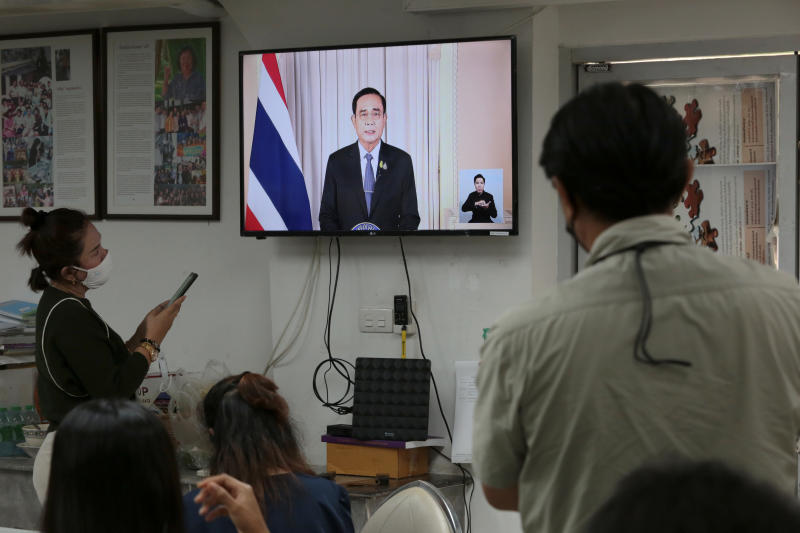 A State of emergency decree will be enforced across Thailand from Thursday until April 30 as the government steps up the Covid-19 fight. The period of the emergency decree was announced in a nationwide broadcast by Prime Minister Prayut Chan-o-cha.

The state of emergency decree will be applied to all areas, the announcement said. It is effective from midnight Wednesday March 25,2020.

The decree authorities Gen Prayut to chair the centre to fight the Covid-19 virus. Also with the permanent secretaries of public health, interior, commerce and foreign affairs to help him. The supreme commander of the armed forces has been given responsibility for security affairs.

“Only necessary measures will be issued, to prevent the spread of the virus,” the Bangkok Post reported.

Gen Prayut said all shops selling food and essential consumer goods can remain open. He warned that anybody taking advantage of the situation for their own benefit will face stern action. An apparent reference to hoarders.

More measures are expected to be announced Thursday morning.

Meanwhile, about 60,000 migrant workers living in Thailand have fled Thailand. Authorities have shut malls and many businesses to curb the spread of the coronavirus.

The country has closed its land borders and told people to stay at home. Authorities also shuttered many businesses in an effort to suppress the virus.

An interior ministry official said about 60,000 migrant workers from Laos, Cambodia and Myanmar had returned home as of Tuesday. Thailand has reported 934 cases of the virus, the second highest number reported in Southeast Asia.