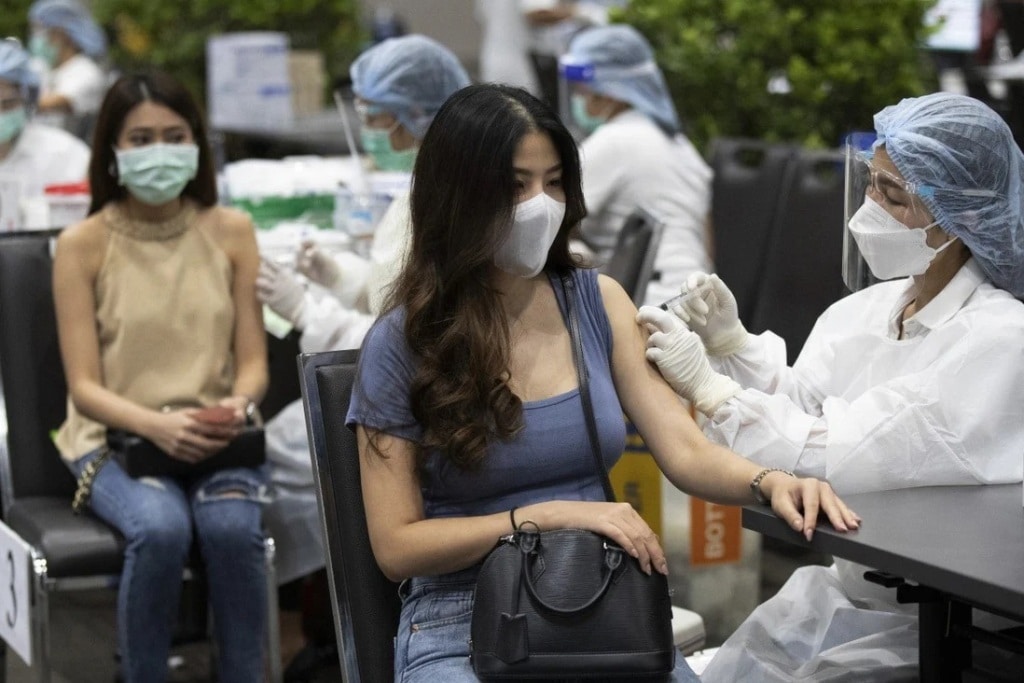 Thailand’s Social Security Office has come under heavy criticism after it abruptly postponed vaccinations in Bangkok for people insured under Section 33 of the Social Security Act to June 28.

The SSO kicked off its vaccination campaign for some 11 million employees on Monday with 80 contracted hospitals across the country ready to provide the AstraZeneca vaccine. In Bangkok alone, 45 vaccination centres were opened to administer the jabs.

However, the Social Security Office on Friday announced that its Bangkok vaccine centres would be temporarily closed for service improvements and would not reopen until June 28.

The abrupt suspension sparked an outcry from insured workers and triggered speculation about the supplies running dry. Labour Minister Suchart Chomklin admitted on Friday there was a limited supply of vaccine available for workers covered under Section 33.

He said about 2.3 million had registered for the vaccine with the Social Security Office , but the first two million doses had been distributed around the country.

He also said the SSO also needed to suspend the service due to discrepancies between the number of registered recipients and the number of people who had turned up for jabs.

According to Mr Suchart, this was down to some employees making multiple bookings through several channels and was an issue that the Social Security Office and companies would work to correct.

However, the labour minister insisted that the vaccination service would resume on June 28 and those who had already booked would get their shots.

The SSO’s 45 vaccination centres have the capacity to administer 50,000 shots per day.

SSO spokesman Nanthachai Panyasurarit said the vaccination centres were temporarily closed for management improvement and reiterated they would reopen on June 28. He apologized for the disruption caused. During June 7-10, a total of 174,193 company employees were vaccinated at 45 stations arranged by the SSO, similar to the Singapore vaccination rate he said.

The abrupt postponement caught many who had already travelled, by surprise as they were asked to return home without an inoculation.

Public Health Minister Anutin Charnvirakul on Friday distanced the ministry from the decision, saying it had delivered supplies as requested.

Meanwhile, Rungruang Kitpati, spokesman for the Public Health Ministry, on Friday turned to Facebook to clarify the situation. He said that supply was assured but deliveries did not arrive en masse for sound logistical reasons.

Therefore, the ministry must manage distribution to the 77 provinces according to urgency and medical capacity each time. He called on critics of the national vaccination rollout campaign to try to understand the volatile nature of daily provisions in the wider context of sufficient overall provision.