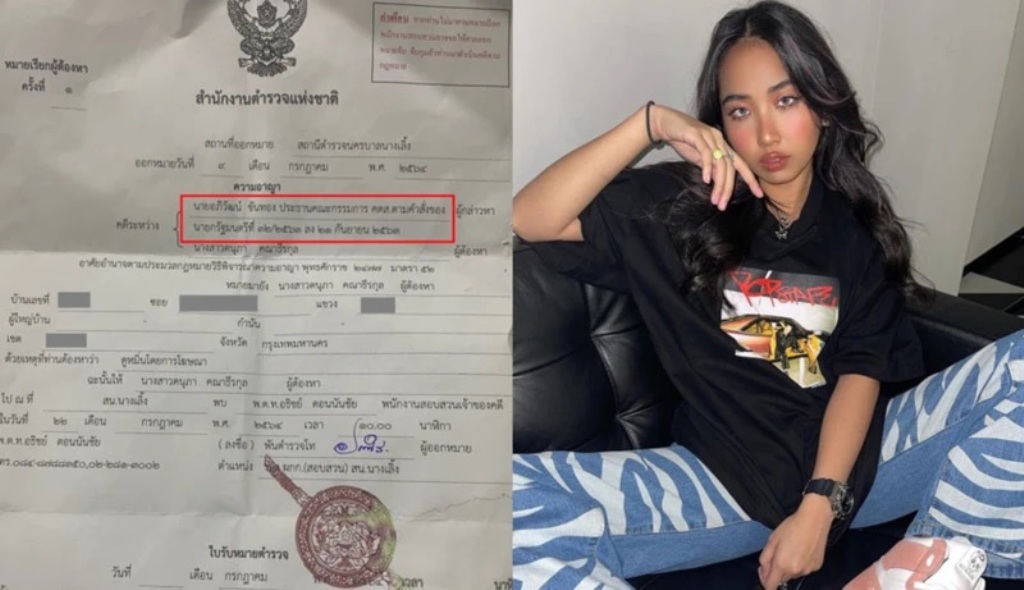 She had earlier been summoned to acknowledge the charge involving her tweets late in June about Gen Prayut’s handling of the Covid-19 situation. She confessed to the charge and paid a 2,000-baht fine.

As discontent grows over the deteriorating Covid-19 situation, actors and celebrities have been pressured to help people “call out” for better quality of life, medical treatment and management of the Covid-19 situation.

Apiwat Kanthong, who heads one of Gen Prayut’s committees, filed a complaint against her on July 9 on behalf of the prime minister.

Asst Prof Pornsant Liangboonlertchai at Chulalongkorn University’s Faculty of Law, disagreed with the charges. He said the cabinet, including Gen Prayut, was a public entity or public officials who represented people — they were not a private entity.

Tongthong Chandransu, a former dean of the Faculty of Law at Chulalongkorn University, also posted on Facebook: “A government is not a juristic person. It therefore cannot be the damaged party in a criminal case.”

Pol Lt Gen Piya Tavichai, deputy Bangkok police chief, said police were considering similar defamation cases against 25 more celebrities. Some of them were filed by Mr Apiwat’s team while others were lodged by Sonthiya Sawasdi, an adviser to the House committee on laws, justice and human rights and former Palang Pracharath Party member.

“Actors are influencers or public figures whom people love. Please don’t exploit this advantage for their political agenda by attacking the government. It is tantamount to distorting information and spreading fake news,” he said.

“You keep saying a lot of people died of Covid because of inferior vaccines and blaming it on the government. Is it true? Please don’t look from only one side. You have to think of what the government has done as well — procuring good vaccines that meet standards just like what our neighbours do,” he added.

However, on Thursday Mr Chaiwut wrote on Facebook that he had read posts by celebrities and did not find any wrongdoing because they only voiced dissatisfaction with the government’s responses to Covid-19.

Last year, Gen Prayut appointed Mr Apiwat to chair a 10-member committee tasked with monitoring and taking legal action against people who propagate on social media false information about him and his cabinet.

To date, it has filed hundreds of defamation complaints. Critics say the setup of such a committee might not be legitimate because it uses taxpayers’ money to stop criticisms, even when they are not personal.

The committee is authorised to file complaints on behalf of the prime minister without having to wait for his green light.

Most of the charges are defamation under the Criminal Code and offences under the computer crime law. Some of them involve royal insult.