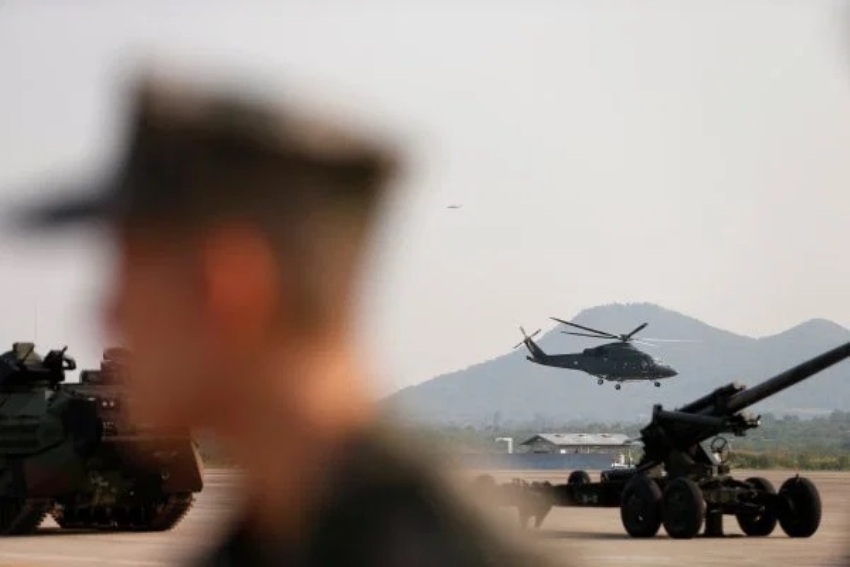 Thailand’s Military has agreed to cut back on its defence budgets as the government diverts funds to tackle the Covid-19 coronavirus. Military leaders have responded to calls to trim defence budgets. Including those earmarked for weapons and arms procurement.

The money will be cobbled together to help finance efforts to contain the spread of the disease. Navy commander Admiral Ruechai Ruddit said yesterday the navy was ready to hand back some of its budget to state coffers.

He explained the money will be sliced from several projects. Furthermore construction work, which is not deemed urgent, will also be put on hold. Moreover, funds for training and overseas study tours will also be cancelled, Adm Ruechai said.

Consequently, the navy cannot halt the procure two submarines worth a total of 22 billion baht. It has a payment plan spread over seven years, including the current fiscal year.

Adm Ruechai said the purchase deals have already been made with China with strict contractual obligations. However, talks with the manufacturers may be possible to lower the payments during the Covid-19 outbreak. The budget revisions will be compiled and presented to the Defence Ministry for approval, he said.

Meanwhile, Air force chief ACM Maanat Wongwat said the force was also investigating where cuts could be made. It is expected that a program to upgrade Alpha jets could be deferred. Overseas trips and seminars will be axed and the money will be reverted to the government, the Bangkok Post reported.

Also, army chief Apirat Kongsompong said he was studying what procurement projects can be curtailed.

He was responding to questions as to whether the army’s plan to buy armoured vehicles from the US and China will be affected. Defence Ministry spokesman Kongcheep Tantravanich said the cuts must not compromise defence capability.