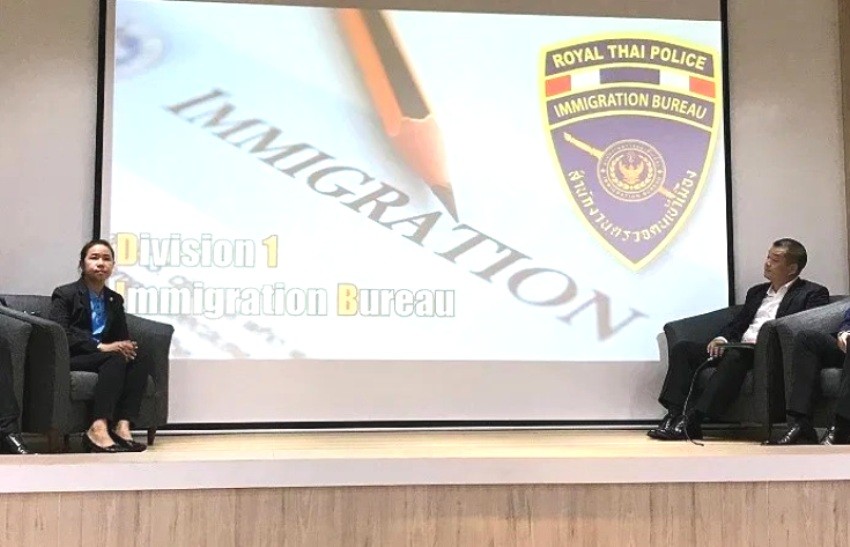 Thailand’s Immigration Bureau reports property owners will no longer be required to report foreign tenants at their properties as often as before. The Immigration Bureau has changed the reporting frequency to only when they arrive.

Section 38 of the Immigration Act requires that property or hotel owners who take in foreigners as guests notify officials within 24 hours.

They do not need to file the reports again if the guests leave the premises temporarily and then return. Or when they have multiple-entry visas or re-entry permits. The bureau called the amendment “a move to end duplication”.

Landlords are still required to report the arrivals of tenants within 24 hours or face a fine up to 10,000 baht.

The change followed complaints from property owners about the need to repeatedly file TM30 reports on their foreign guests. Especially every time they arrive at their properties. Complaints were also lodged by foreigners who were unable to get services at immigration offices. Especially for not being able to prove that TM30s had been filed on their behalf.

Landlords include Thai and foreigners who own properties in Thailand. Also hotel managers and other accommodation operators the Immigration Bureau reports.

Property owners are required to file TM30 reports at www.immigration.go.th website; or submit them in person or by mail to the immigration offices in their provinces; or the Immigration Division 1 Office at Government Complex on Chaeng Watthana Road in the case of Bangkok, the Bangkok Post report.

Meanwhile, A spokesman for the Immigration Bureau in Thailand has announced plans to allow seven groups of foreigners to enter the country. They have divided the foreigners into two main groups.

The first group may not include those under the so-called “travel bubble” international pact. Because they may be required to undertake state quarantine on entry:

2. Skilled labourers and exporters who need to inspect factories or for specific business purposes (around 22,000 have registered).

3. Foreigners married to Thais, or permanent residents of Thailand (around 2,000 have registered).

4. Medical and wellness tourists (around 30,000 have registered).

The other group comprises foreign travellers who won’t need quarantine on entry:

1. Businessman on short-duration stays, including those coming into the country for business discussions. This group might need a specific area and intense screening both before travel and at arrival at airports. Considered a “power group”, these are entrepreneurs who will visit the country to sign business contracts or inspect sites or factories, which is essential to the economy.

2. Government guests who are invited for ceremonies or specific seminars.

3. Tourists under the travel bubble. Dr Taweesin said that the target countries are China, Japan and South Korea, which are presently trying to contain the virus.

Furthermore the Immigration Bureau aims to discuss the issue in depth with the Cabinet after finalizing the details.