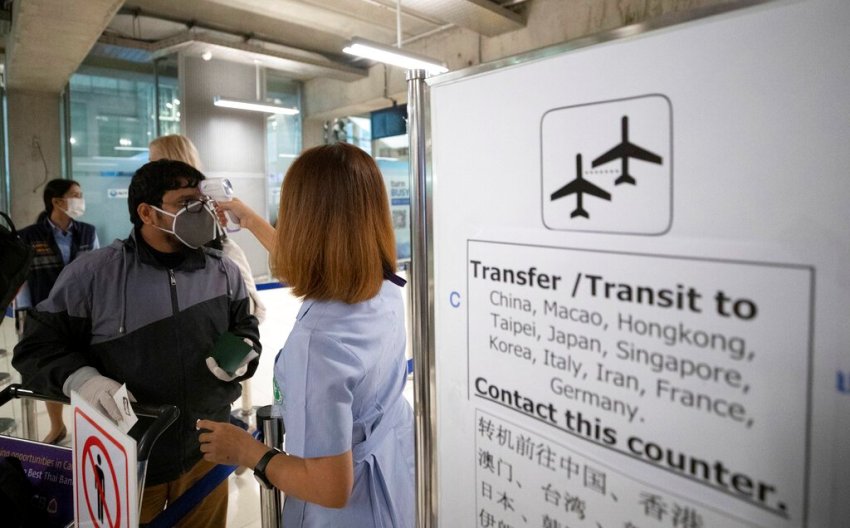 Thailand’s public health minister has one again created a stir with foreign tourist visiting Thailand over the Coronavirus. Minister Anutin Charnvirakul ordered new arrivals from nine countries and two territories to undergo self-quarantine for the coronavirus, before swiftly reversing his decision.

Possibly throwing tens of thousands of holiday plans for foreign tourists into confusion.

Mr Anutin posted on his Facebook Tuesday that travellers from affected countries would be subjected to a 14-day quarantine “without exceptions”.

The post was removed hours later, and his official Facebook page was taken down. When asked why the Facebook account was closed, Mr Anutin said “My son wanted me to have a break.” According to the Bangkok Post he said he or his team members had other accounts to communicate with his followers.

Thailand’s health minister is also no stranger to gaffes

Last month he lashed out at “Western” tourists for not wearing face masks. Suggesting they should be expelled for putting others at risk. He later apologized on his Facebook page.

Tourism is a huge contributor to Thailand’s economy. However the government has struggled to balance health concerns and virus control. Also with salvaging the stagnated growth of Chinese visitors, which have basically evaporated.

The Tourism Minister said the beginning of 2020 was supposed to bring 7 million tourists to Thailand. But instead numbers have tumbled in the wake of the coronavirus.

“We have to wait which country would be designated as a risk country,” the spokesman said. Also explaining that Mr Anutin needed the list to be “reviewed”.

Similar uncertainty pervades the government’s handling of the return of some 5,000 Thai workers from South Korea.

Premier Prayut Chan-o-Cha said Wednesday the workers would be subjected to a 14 day quarantine.

“This will make people feel more at ease,” he said.

The others will return to their hometown where provincial health officers will monitor them daily, said an official from the Department of Disease Control.

South Korea has reported than 5,300 cases and 28 fatalities.

The government’s lack of coronavirus monitoring of the returnees has spurred growing public anger in Thailand. Above all after various accounts showed haphazard screening at Bangkok’s airports.

Thailand has reported 43 confirmed infections and and one fatality linked to the virus.