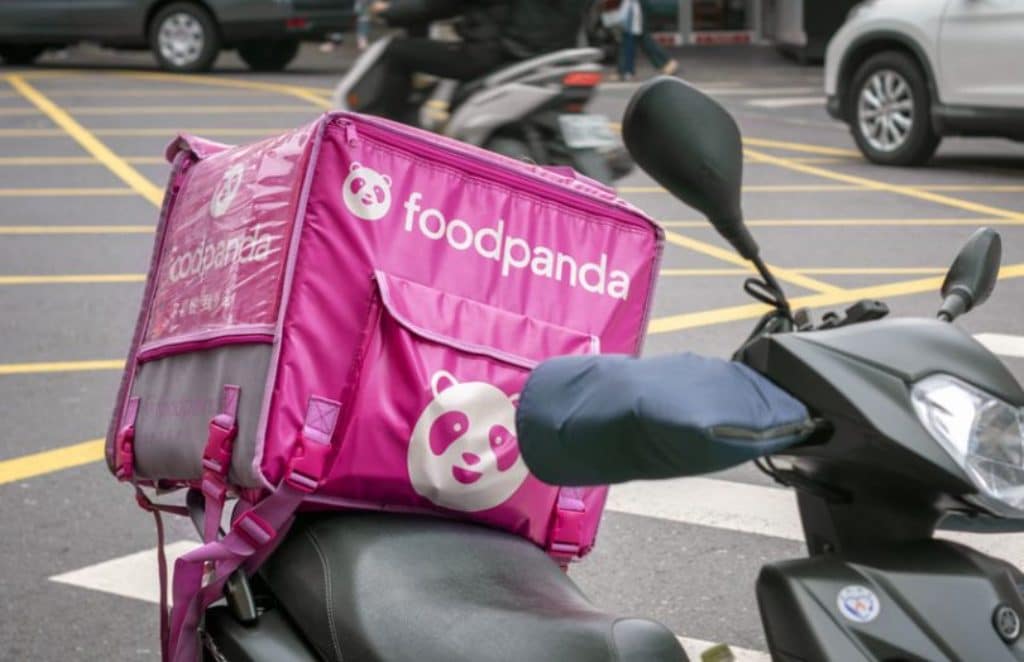 Thailand’s food delivery service FoodPanda is facing a boycott after it Tweeted on Twitter  anti-government demonstrators were terrorists. The Tweet comes after an alleged food delivery man was captured on video trying to set fire on a large image of the King.

“We’re rushing to severely deal with him under company policy. He will be fired immediately. Please note that Foodpanda has a policy against violence and all types of terrorism and will be happy to assist officers in prosecuting the offender,” FoodPanda tweeted from its account @foodpanda_th on Sunday.

The backlash all started after a user tweeted a clip of a man and woman on a motorcycle with no vehicle licence with the #July18mob hashtag on Sunday. A food box was fitted on it bearing what looked like the Foodpanda logo. The user claimed some protesters were trying to burn a royal portrait and he was giving clues on who they were in the photo. He urged officials to take action.

“We will take drastic action by immediately terminating employment. Foodpanda has a policy against violence and all forms of terrorism and is willing to help officials take legal action against offenders,” read the tweet, which was later removed from the platform.

But by then dissatisfaction had already spread. The focus of anger was mainly on its choice of words to describe the protest and how it planned to punish someone who has joined an anti-government demonstration.

The #banfoodpanda followed and it was widely shared. Some Facebook users pointed out the tweet might not be the viewpoint of the food delivery giant but rather a communications agency hired by it to handle its social media presence.

Foodpanda later apologized in a new tweet, saying the investigation is ongoing and it would give more information later.

The reaction did little to calm down the anger. Some small food shops, who were its partners on the platform, announced in the app they had suspended the service. One of them wrote it had pulled out of Foodpanda. “We’re sorry for the inconvenience. We don’t support the use of violence against people.”

At Sunday’s rally, rubber bullets, water and tear gas rained on protesters as police tried to stop them from approaching Government House. 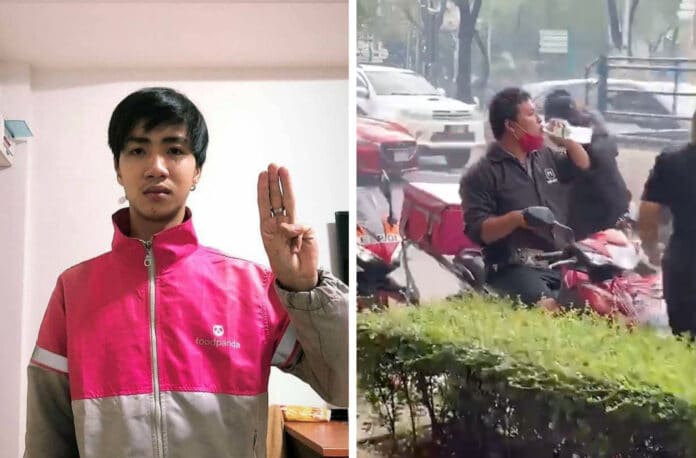 Customers and food shops were not alone to join the social sanction. A Foodpanda rider posted a photo of himself showing a three-fingered salute and wrote: “I love this jacket because it allows me to earn income. I love being a rider for Foodpanda, but I hate the company which views people as terrorists. If I lose my job because of the ignorance and selfishness of this company, I’d gladly accept it.”

Social media posts detailing instructions on how to get rid of Foodpanda followed. The best way, they say, was to first delete the account before uninstalling the app. Some claimed the “delete account” button suddenly went missing from the app.

On Monday afternoon, the company issued a statement apologizing to all parties, claiming the comment was posted by a team member without its consent and the probe is ongoing.

Thailand was the second largest food delivery market in Southeast Asia with $2.8 billion in gross merchandise value, behind Indonesia at $3.7 billion and followed by Singapore at $2.4 billion