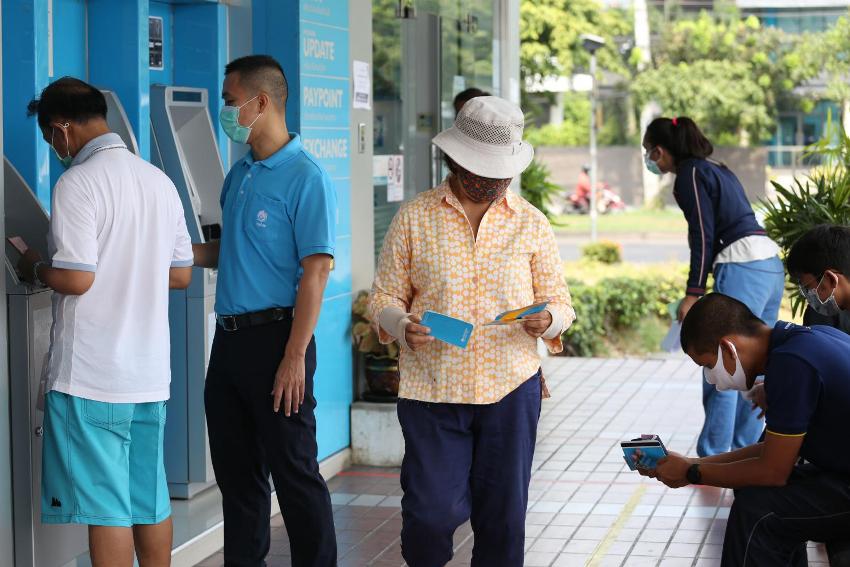 Thailand’s Ministry of Finance on Thursday met to hash out details of a planned cash handout for almost nine million farmers. Above all to inject liquidity into the economy amid the slowdown brought on by the Covid-19 Coronavirus.

Finance Minister Uttama Savanayana told the Bangkok Post that his ministry was still considering the handout amount. He also downplayed speculation of a 30,000-baht subsidy for eligible households.

“However ,the handout will be transferred [to farmers] as we did in the past,” he said.”I will finalize details as soon as possible.”

Mr Uttama admitted he wasn’t sure whether the handout could be rolled out by the end of the month. Saying the proposed handout is only one of several relief measures which will be funded by the government’s 1-trillion-baht emergency loan.

“We will handle it carefully and ensure it will benefit every farmer,” he said. Even more adding there will also be other measures to help them.

The director of the Fiscal Policy Office (FPO), Lavaron Sangsnit, said the amount may not be equal to the 5,000-baht handout paid to informal workers. Because farmers are not considered as directly affected by the Covid-19 pandemic. Furthermore as it is not growing season at the moment.

When asked about the 5,000-baht handouts for informal workers, Mr Uttama said state agencies have been instructed to roll out the financial aid as quickly as possible.

“We are targeting working-age individuals, because they bear the brunt of the pandemic,” he said. “I stress that those who apply for the handout must be directly affected by the outbreak and aren’t currently receiving aid from other government schemes.”

Meanwhile, two days after the government began rolling out its 5,000-baht handout to informal workers, many Thais were still uncertain of their eligibility for the relief measure.

Sukjit Chanraksa, a street-side lottery-ticket seller, said she was at a loss to know why her application was turned down. She believed she meets every criteria for the handout.

Many workers not getting speedy cash handout

“I registered and was rejected twice, but my friend who is a motorbike taxi driver got it? I don’t know why. My husband is a barber, but he is now out of work and has yet to receive a cash handout,” she told the Bangkok Post.

Samer Lekmadan, a 62-year-old motorbike taxi driver in Nakhon Ratchasima, said he and 10 others have yet to receive their handouts. Even though the government said they were entitled to the aid.

“The outbreak has chased passengers away. Somedays, I don’t earn more than 100 baht,” he said. “We cannot work at night because of the curfew. I don’t have other sources of income, but I still have to pay bills and the bank.”

Seamstress Petcharat Kiaoklang, 38, said she questioned the government’s screening procedures after several tailors in her area — except her and some others — received approval.

Not all workers are entitled to the coronavirus relief aid, sparking protests from those deemed ineligible. Construction workers, for instance, are demanding the government review its eligibility criteria, as their incomes have dropped as a result of reduced working hours.

Eight million farmers will be eligible for handout

One worker told the Bangkok Post that many day laborers are struggling just to stay afloat. “Those who receive cash subsidies are richer than we are. Instead of handing out 30,000 baht to individuals, the government should lessen the amount. It should consider those who are left out,” he said.

Based on the National Statistical Office’s data, there are about 44 million working-age individuals in Thailand. About 38 million are employed.

Even more about two million are employed as civil servants and about 17 million are farmers.  All of whom are  recipients of other state welfare assistance programs. More than eight million farmers will be eligible for the proposed handout, said Mr Lavaron.