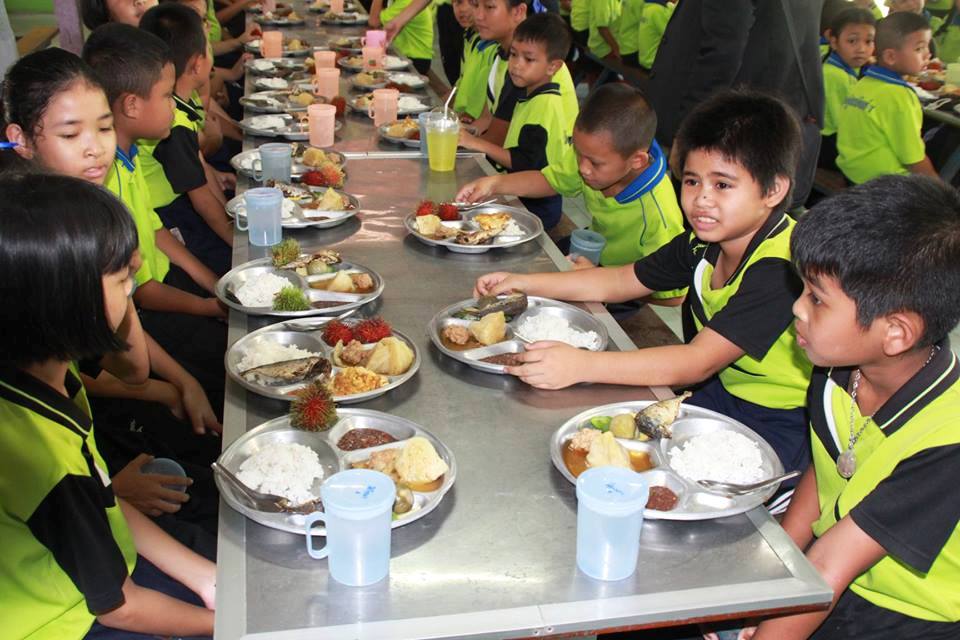 Education Minister Nataphol Teepsuwan has also told the Office of the Basic Education Commission (Obec) to look into the 20 baht per head subsidy. Which consequently has not been changed for the past five years.

“If Obec finds that anyone has been involved in misusing lunch funds, then they will face both criminal and civil action,” Mr Nataphol told the Bangkok Post. He said some school executives were found last year to have misused the school lunch fund.

Obec has named Wat Koosanamchan School in Samut Songkhram as a role model for effective management of the lunch fund.

“We strongly believe that students should come to school with a hunger to learn, not a hunger for food,” director of Wat Koosanamchan School, Ekalak Khaonuan, said.

Despite holding the highest post at school, Mr Ekalak wakes up at dawn every day to pick up fresh meat, vegetables and other ingredients for lunch at his school. He has made this routine a priority since 2014.

“I want to ensure that every child eats fresh food and has a full stomach in school every day,” he said.

Mr Ekalak said school lunch is planned on a weekly basis. Teachers who have nutrition knowledge are responsible for coming up with the menu. Even more before the menu is decided, students are given a chance to pick dishes they like.

“We ensure that every meal on the lunch menu has all five essential nutrients. And above all it tastes good despite us having a limited budget,” the school director added.

Wat Koosanamchan School has 107 students from kindergarten to elementary level. It only receives a 20 baht subsidy from government per child under its free-lunch program.

“Though the 20 baht per head provided to schools may not be much, it is enough to provide healthy meals. Above all if there’s no corruption,” Mr Ekalak said. Furthermore some of the ingredients used in the lunches are also grown by the students at the school.

“With limited budget, we try to be as self-sufficient as possible. A few years ago, we launched a school farming project he said. Under the project, space has been allocated for students to work on small-scale mixed farms.

Students get to dig small ponds to raise fish; and also work on raising laying hens; growing mushrooms and vegetables. And all this is done free of chemicals.

“All the farm produce that the students work on are used in our school lunch. This project doesn’t just teach the children to be self-sufficient, but also teaches them to be more responsible and have the volunteering mindset,” he said.

Thanks to Mr Ekalak’s efforts, the school was granted an award by Obec for its efficient management of the school-lunch budget.