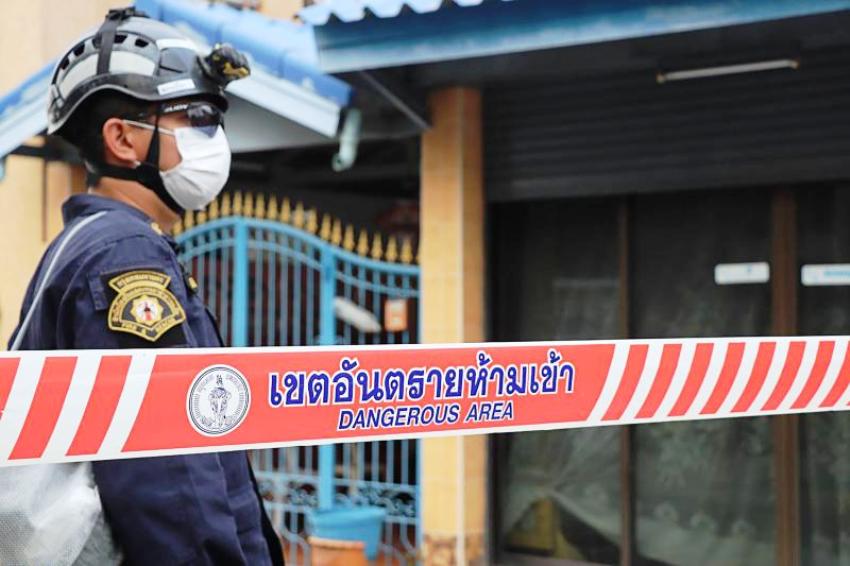 The health department has reported 120 new local cases of Covid-19, raising the total to 1,771, while the death toll went up by two to 12. The daily increase was slightly lower than the 127 new cases reported on Tuesday.

Dr Taweesin Visanuyothin, spokesman of the Centre for Covid-19 Situation Administration, said a Thai man, 79, died in a southern border province. He also suffered from diabetes and chronic renal failure.

The man attended a wedding party in Malaysia on March 7 and fell sick on March 20. He went to a local hospital on March 23 and was treated as an outpatient. On March 27 he had a fever of 39.1°C and pneumonia, and was admitted to a hospital on March 28. He died at 8am on Tuesday.

Covid-19 case averaging over 100 per day

The other death was a businessperson aged 58 who returned from Britain. The person fell sick with a fever, cough and phlegm on March 12 and arrived back to Thailand on March 14. The patient was admitted to a private hospital on March 15 and died at 9am on Tuesday.

“The increased number of local cases is not good because the daily new cases exceed 100,” Dr Taweesin said.

Of the 120 new cases, 38 had been in close contact with previous patients, 16 attended religious ceremonies in Indonesia and 14 had risky jobs, working in crowded places or closely with foreigners.

Eleven visited entertainment places, six were Thai returnees from other countries, two were visiting foreigners, one was a medical official, one visited a boxing stadium and one attended a religious ceremony in Malaysia. Officials were investigating 30 other cases.

The 120 new cases comprised 43 in Bangkok, 23 in Samut Prakan, 11 in Phuket, two each in Krabi, Nonthaburi, Pathum Thani, Buri Ram, Songkhla and Chon Buri, and one each in Chachoengsao, Nakhon Pathom, Si Sa Ket, Samut Sakhon, Saraburi, Nong Bua Lam Phu and Ubon Ratchathani. The were 24 cases still being investigated.

Dr Taweesin said  the number of daily new cases in Bangkok and Nonthaburi had started to fall, while those in other provinces remained stable.

As Bangkok has the highest number of local cases, at 850. Dr Taweesin said people who were travelling in the capital were at risk of contracting the disease from people who had been in earlier contact with the confirmed local cases. Furthermore tThis was of concern because there many more of them than there were confirmed cases.

The patients had visited entertainment places and most of them returned from Bangkok. He urged provincial authorities to strictly quarantine returnees from Bangkok. Local Covid-19 cases have also been reported in 60 provinces. – Bangkok Post