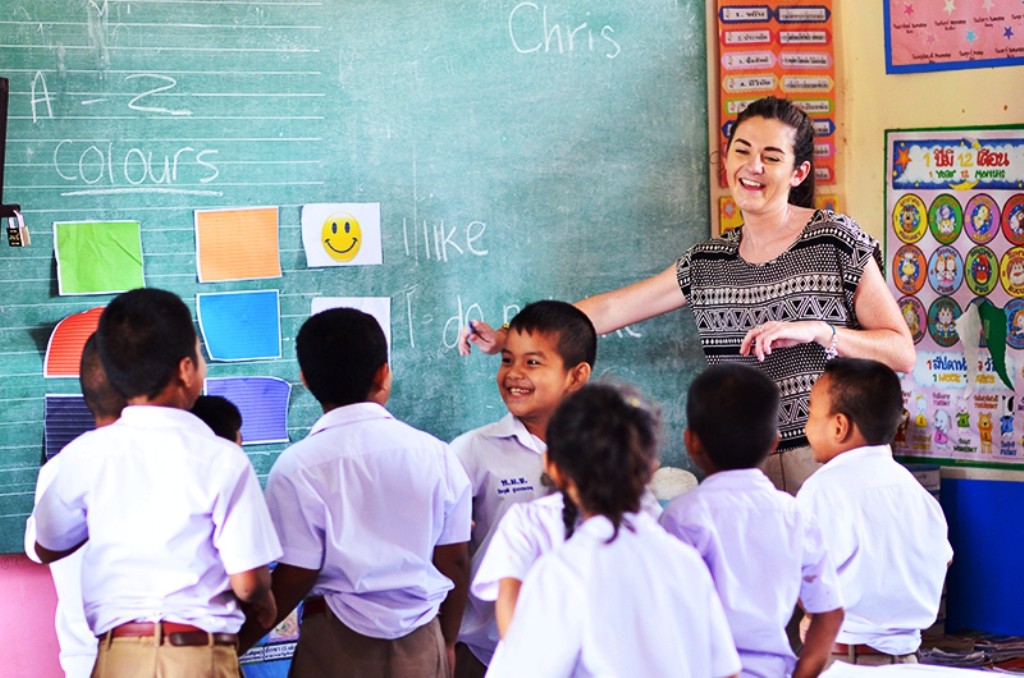 Thailand’s Education Ministry has announced it plans to recruit 10,000 native English-speaking teachers to improve Thai students’ proficiency in the language as soon as the situation is safe to do so.

Speaking at a meeting held by the International Schools Association of Thailand on Friday, Education Minister Nataphol Teepsuwan said he has asked the embassies of several English-speaking countries to find teachers. Teachers who can teach English and other subjects in the language to Thai students. Above all as part of government-to-government cooperation programs.

“A large number of native English-speaking teachers are necessary as we are working on upgrading the education system. One of the countries we are talking to is Canada which sends many teachers to Japan,” Mr Nataphol said.

“Ideally, this should have started already, but due to the pandemic it’s been delayed. As soon as the situation is safe and secure enough, we will invite foreign teachers here,” he said. The aim is to improve students’ proficiency in English in Thailand. Even more to boost their confidence and equip them to seek further knowledge, Mr Nataphol said. Saying Thai teachers will also be able to learn and benefit from native English speakers.

The minister said he has also come up with a plan to upgrade English-language lessons from kindergarten to high school levels. However, the initial stage of the project will focus on early childhood education and vocational education first.

“The best time to learn a new language is from soon after birth to the age of seven. It is easier for young children to learn a second language. For vocational students, it’s also important to boost their English proficiency as Thailand has set a target to be an investment hub for foreign investors,” Mr Nataphol said.

Mr Nataphol added foreign teachers must have some professional training to qualify for the job, adding that a language teaching certificate is preferred.

State School to be cut in half by Education Ministry

“The cabinet has earmarked funds for this plan as well. Chinese is also one of the most important languages to learn. With China emerging as a global power, it is becoming increasingly more important for our future workforce to know the language,” he told the Bangkok Post.

The minister also said he has set a target to cut the number of state schools nationwide by half to 15,000. Above all by merging small schools with few pupils with higher-quality schools nearby. He said by doing so the ministry will be able to combine personnel and resources. Also upgrade teaching standards and narrow the quality gap.

He added the ministry will also revamp its curricula to equip students with skills for the 21st century. Above all by applying approaches used by international schools.