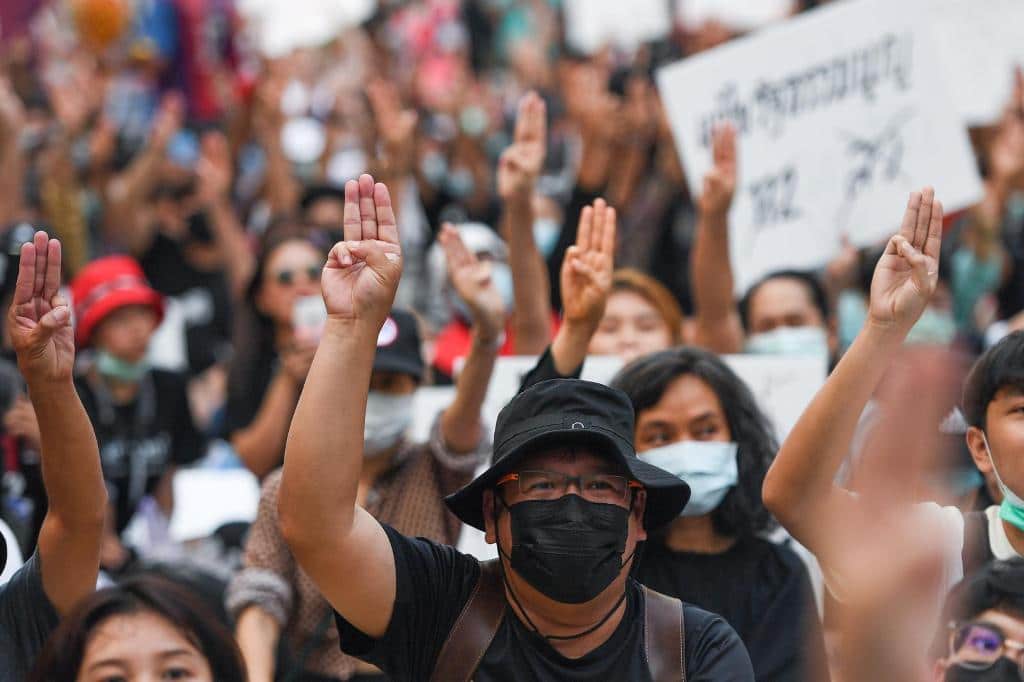 Thousands of protesters gathered in the Thai capital Bangkok on Wednesday to demand reform of the monarchy and the release of jailed leaders, days after one of the most violent demonstrations since they began last year.

Thailand’s youth protest movement emerged last year and has posed the biggest challenge to the government of Prime Minister Prayuth Chan-ocha, a former army chief who seized power in 2014 from an elected government.

More than 30 civilians and police were injured in a clash at a protest near the palace on Saturday, after police used water cannon, teargas and rubber bullets to disperse the rally.


The protesters have also demanded curbs to the Monarchy and the abolition of a strict lese majeste law that mandates up to 15 years in prison for insulting the monarchy, Reuters reports.

Protesters on Wednesday peacefully occupied one of Bangkok’s busiest street intersections and cheered as some leaders demanded monarchy reforms and called for their “friends” to be freed from jail.

“This is a long and tiring fight. We must fight together along this path to democracy,” Attapon Buapat, who was indicted for lese majeste earlier this month but later released on bail, told the crowd.

“Change has begun. They could only slow it down but never stop it.”

Criminal cases have been mounting against protest leaders. The most prominent ones have already been jailed pending trial for insulting the royalty.

More activists, including Attapon again, could be indicted on Thursday when they were due to meet with prosecutors over their roles in the protests.

The Royal Palace has not commented directly on the protests. The government has said criticism of the king is unlawful and inappropriate.