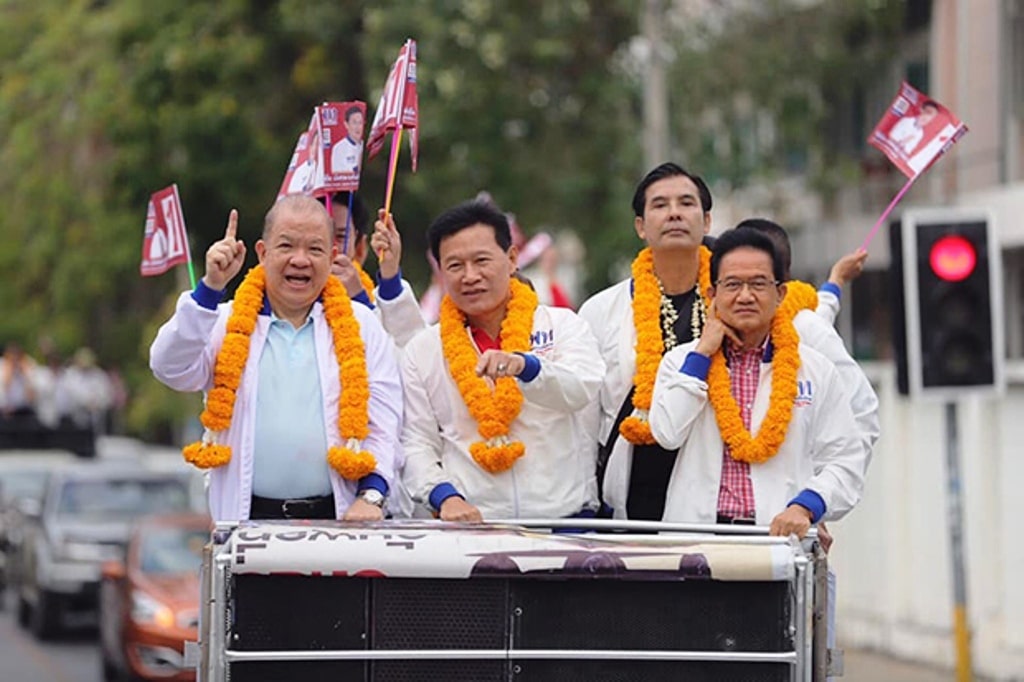 The main opposition party is thought to have won PAO chairman elections in nine provinces out of 25 it contested. The provinces were Chiang Mai, Lamphun, Phrae, Lampang, Nan, Udon Thani, Ubon Ratchathani, Yasothon and Mukdahan.

Chiang Mai was one of the closely watched races in Sunday’s poll after red-shirt leader Jatuporn Prompan, who backed Mr Boonlert, turned the heat up by attacking Pheu Thai for allegedly dropping Mr Boonlert as its candidate in favour of Mr Pichai.

This apparently prompted former prime minister Thaksin Shinawatra to appeal to voters calling them to cast ballots for Mr Pichai. The move, however, put the party in hot water as it stands accused of being heavily influenced by Thaksin.

Pheu Thai’s secretary-general Prasert Chanruangthong said on Monday the party was satisfied with its performance even though the official result had yet to be announced, according to the Bangkok Post.

Former prime minister Yingluck Shinawatra congratulated the candidates, especially Mr Pichai for their victories in the country’s first local elections in more than six years since the May 2014 coup.

While the Palang Pracharath Party (PPRP), the core coalition party, did not field a single candidate under the party’s banner. Candidates known to be backed by the party won in more than 20 provinces. Including Phayao; Kamphaeng Phet; Chai Nat; Chon Buri; Nakhon Ratchasima and Chaiyaphum.

In at least 34 provinces, voters re-elected former PAO chairs to office. The Progressive Movement failed to win a single seat in the election.

Yutthaporn Isarachai, a political scientist from Sukhothai Thammathirat Open University, said the PAO results were not unexpected and also noted that in local polls voters usually opted for candidates who work for communities.

“In national politics it’s about intangible concepts like democracy or the constitution. In local politics, the public want tangible work in community development. People who can bring about development are those with political clout and lengthy experience in the communities,” he said.

Sixteen people were arrested for violating election laws and most offences dealt with spoiling ballot papers.