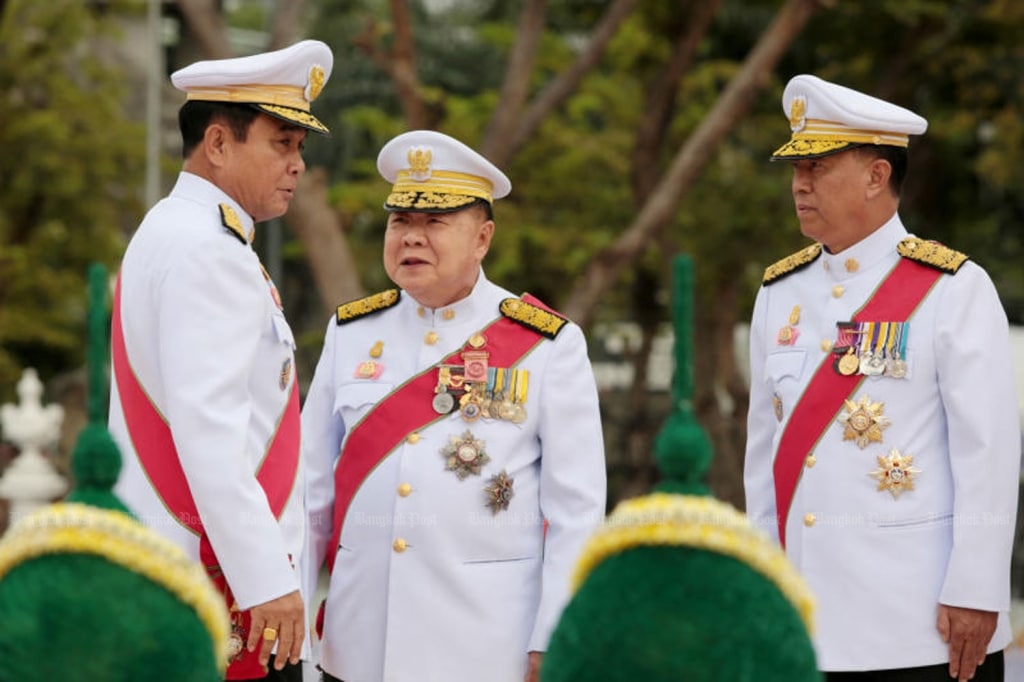 Myanmar’s military’s brutal shootings continue to worsen as a civilian was shot dead in the Bago Region on Monday. the Assistance Association for Political Prisoners said. In its latest report released late Tuesday  the group said that at least 805 people have been killed since the military coup took place in February.

The group said the junta regime cut off supply of drinking water in the Mindat Township, Chin State

“It is a clear expression of the hatred the military has for innocent civilians,” it added.

It said the junta has also been destroying state-owned, public, and private properties, both day and night, making civilians live in constant fear for their property and security.

The group criticized the international community, including the Association of Southeast Asian Nations (ASEAN), and especially Thailand for being extremely slow to respond and take action for Myanmar.

A meeting scheduled on May 18 to draft a resolution on Myanmar at the UN General Assembly has also been postponed, according to the group.

The international community had hoped Thailand would play a key role in resolving the crisis, with a UN special envoy pleading with them to use its influence, but there is little sign, at least publicly, Prime Minister Prayut Chan-o-cha is actively seeking to do so.

While calls are also mounting among Thais for a more active involvement in resolving the Myanmar crisis, the Gen Prayut appears ready to put its military ties with Myanmar ahead of other priorities. 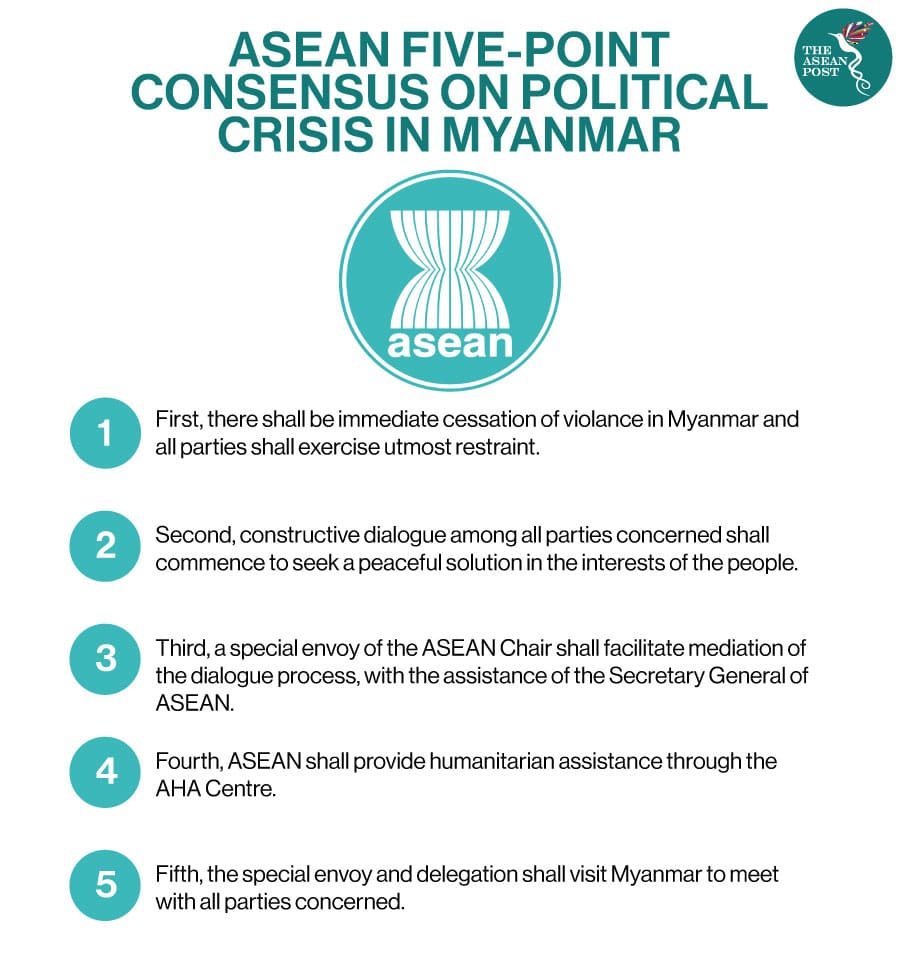 Thailand and Myanmar share a roughly 2,400-kilometre border and closely cooperate in suppressing narcotic trade and over ethnic minorities from Myanmar who are living at Thai refugee camps for decades. About 4 million migrant workers from Myanmar are also said to live in Thailand.

As clashes between Myanmar’s military and armed ethnic minority groups intensified from late March, a large number of villagers have crossed the border into the northwestern part of Thailand. Some activists and journalists have also fled.

In late April, the 10-member Association of Southeast Asian Nations, to which both Thailand and Myanmar belong, held a special in-person leaders summit to discuss the Myanmar situation. But Gen Prayut stayed away from the gathering in Indonesia.

After the meeting, which also included Myanmar’s coup leader Gen Min Aung Hlaing, a chairman’s statement that laid out a “five-point consensus” including sending a special Asean envoy to Myanmar to meet with “all parties concerned” was issued.

But while the process of naming special envoys is under way, no significant progress has been made yet on those fronts. 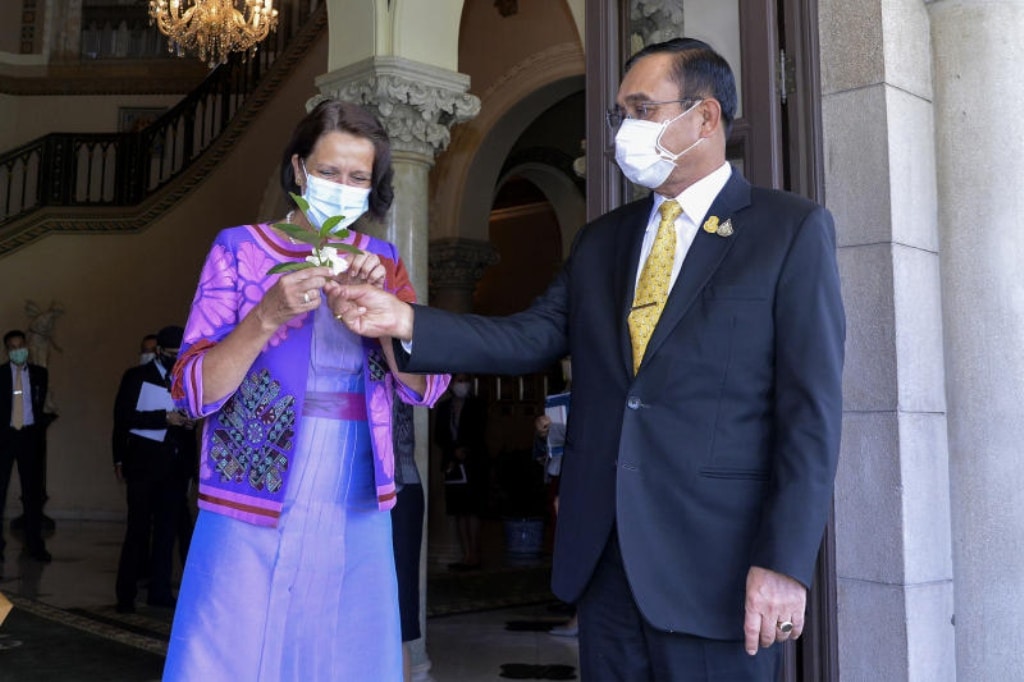 Christine Schraner Burgener, the UN special envoy on Myanmar, met with Gen Prayut and Foreign Minister Don Pramudwinai in Bangkok on May 14. According to a diplomatic source, Thailand pledged to provide humanitarian assistance to those who fled clashes in Myanmar.

But the government made it clear to Ms Burgener that sheltering them permanently is not an option, and that they must return to Myanmar when the situation returns to normal, the source said.

Thai and Myanmar security forces have over the years deepened their cooperation in combating clandestine drug-making in their border region.

Thai military leaders, including former ones like Gen Prayut are close to Gen Min Aung Hlaing, but none is closer to the Myanmar general than former Supreme Commander Gen. Tanasak Patimapragorn, who the junta leader calls a “brother,” a Thai military source said.

Gen Tanasak served as deputy prime minister and foreign minister in a Prayut-led interim government following a 2014 coup in which the then army chief led the military takeover of a civilian government.

Despite mounting pressure from the international community, Thailand is unlikely to sacrifice its long-standing relationship with the Myanmar military by telling the junta to accept all outside demands, the source said.

“I am sure that the premier will help the UN (envoy) through Gen Tanasak, but (the military) will not cross the line,” the source said. “We may help pave the way for the Asean visit and then let the diplomatic approach take the lead for further dialogue.”

The source stressed that close relations between two countries cannot be established in a short period of time, saying, “We have been through thick and thin for a long time until we can call each other brothers.” 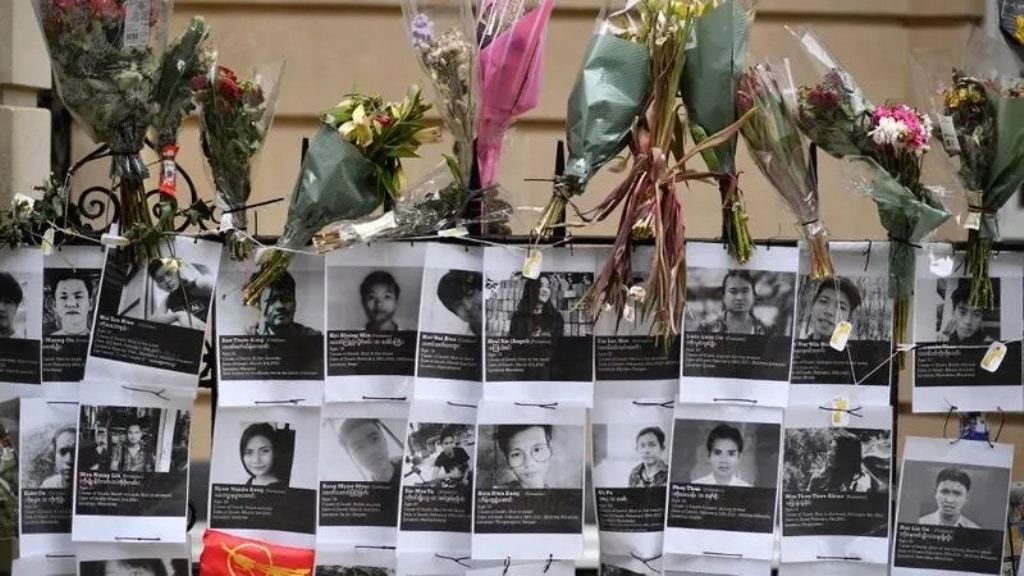 Protesters marched in Myanmar’s city of Mandalay on May 12 to mark more than 100 days since the military coup that overthrew the country’s elected government. (Reuters video)

As the death toll from brutal crackdowns on protesters and others reportedly reaches more than 800, with Aung San Suu Kyi and other prominent politicians kept in detention, Thailand is not sitting idle but pursuing quiet diplomacy, according to Kavi Chongkittavorn, a veteran journalist covering regional affairs.

Mr Kavi said Thailand is expected to play a vital role in the envisioned Asean mission to Myanmar, saying visits by the yet-to-be-appointed special envoy and their delegation could pave the way for talks among stakeholders, such as the military and opposition forces.

But for former foreign minister Kasit Piromya, the Prayut government is not making use of its military’s close ties with the Myanmar counterpart to stop the crisis.

“Prime Minister Prayut has to tell the junta leader to stop the violence and then open the border for the people coming in to flee the conflict,” Mr Kasit said.

The former foreign minister also levelled criticism at Asean, saying its handling of the crisis has revealed its failure, with killings continuing in Myanmar even after the military leader returned from the summit.

“Asean should sympathise with people, not the coup makers. It is unfair that Aung San Suu Kyi and Myanmar people are robbed of democracy and victory,” said Mr Kasit.