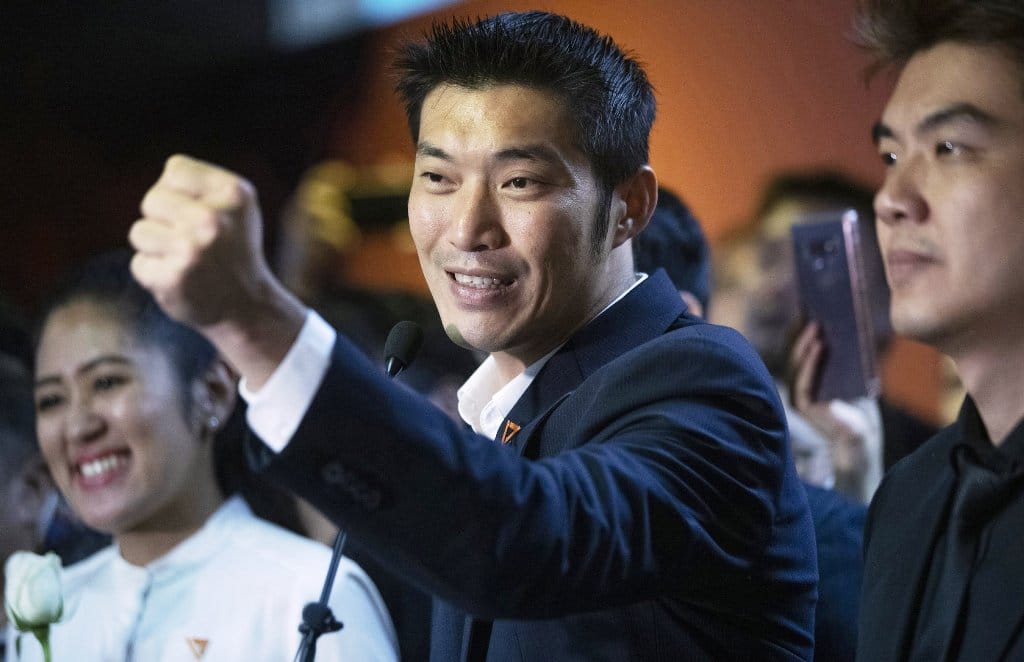 The complaint against Mr Thanathorn under Article 112 of the criminal code will be filed on Wednesday afternoon, according to an official ministry memo sent to reporters.

The DES did not at first specify what actions the lese majeste complaint would cite, but two ministry officials told Reuters they were related to comments Mr Thanathorn had made about the government’s vaccine strategy.

It comes two days after Mr Thanathorn, who a court last year banned from politics for 10 years, criticised the government’s vaccine strategy for being too reliant on a company owned by the Crown Property Bureau, which is under the king’s personal control.

Later on Wednesday, Tossapol Pengsom, an official from the Prime Minister’s Office, said “We’re pursuing charges on computer crime and lese majeste for content that defamed the monarchy.”  Mr Tossapol said Mr Thanathorn’s 30-minute video contained 11 instances that could be in breach of the royal defamation law, which is punishable by as many as 15 years in prison per charge.

Mr Thanathorn was scheduled to hold a briefing to respond to the government complaint on Thursday. AstraZeneca didn’t immediately respond an email requesting for comments.

The move could mark the highest-profile lese majeste case since a wave of anti-government protests emerged last year and extended to criticism of His Majesty the King over allegations of meddling in politics and taking too much power.

Thailand’s royal defamation law, known as lese majeste, punishes defaming or insulting the king by up to 15 years in prison.

At least 54 individuals in 39 lawsuits were charged under lese majeste since Nov 24, according to the Thai Lawyers for Human Rights.

A court on Tuesday sentenced a former civil servant who was arrested in 2015 to 43 and a half years in prison for sharing clips on social media of an online talk show that allegedly defamed the monarchy, which human-rights group Amnesty International called the harshest conviction under the statute to date.

Using Article 112 as a Political tool

Prime Minister Prayut Chan-o-cha, who first took power in a 2014 military coup, on Tuesday vowed to prosecute “distorted” information about the vaccine strategy.

Mr Thanathorn Juangroongruangkit could not immediately be reached for comment, but the Progressive Movement he heads said there was no insult in his comments at the group’s event titled “Royal Vaccine: Who Benefits and Who Doesn’t?” that was broadcast on Facebook Live.

“It’s obvious that 112 is being used again as a political tool,” Pannika Wanich, Mr Thanathorn’s colleague and one of the group’s leaders, told Reuters.

The Progressive Movement in Thailand was formed after a court last year ruled to dissolve Mr Thanathorn’s Future Forward Party, which came in third in 2019 elections held five years after Gen Prayut’s coup.

Opposition parties in Thailand accused Gen Prayut’s junta, the National Council for Peace and Order, of designing the elections to ensure he remained in power. Gen Prayut’s pro-military party has said the elections were free and fair.