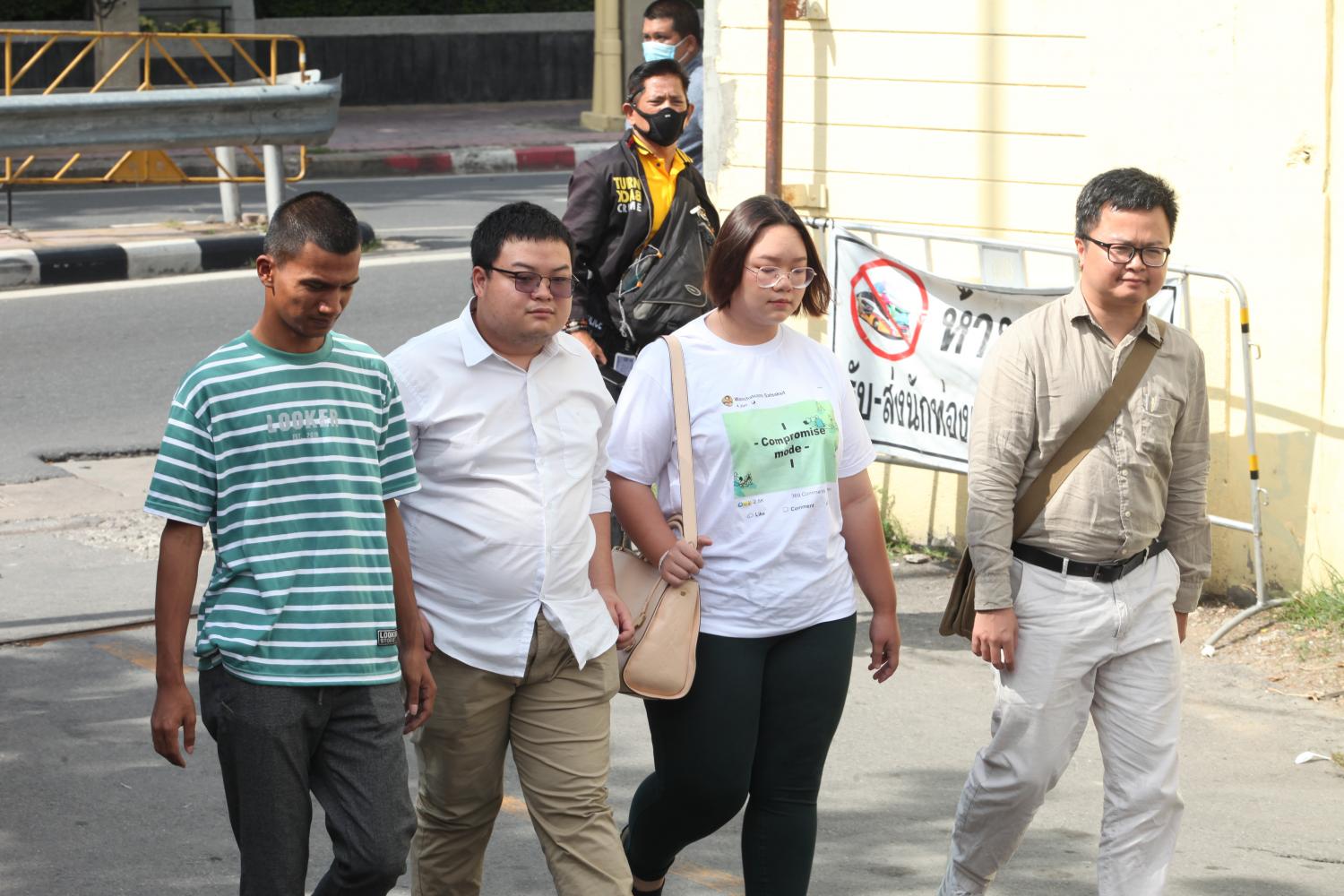 Despite requests from the UN and Amnesty International the Thai Government continues add legal charges against pro-democracy protest leaders.

The Department of Corrections on Thursday petitioned the Technology Crime Suppression Division (TCSD) to investigate posts deemed offensive on the Facebook pages of two lese majeste suspects already behind bars.

The two are being held in custody on a range of charges, including lese majeste and sedition, after leading a rally in Bangkok on Sept 19.

While Mr Parit was being detained at Bangkok Remand Prison, messages continued to appear on his Facebook account. Apparently aiming to provoke unrest, Mr Thanakrit said.

The comments could be seen as damaging the department and the Justice Ministry’s reputation and could be considered a violation of the Computer Crime Act, he said.

Mr Thanakrit said he wanted to know how the posts continued when Mr Parit was in prison on Lese Majeste charges and sedition. Parit was barred from using a mobile phone and the internet.

On Wednesday, a new message was posted on Mr Parit’s Facebook page, which sparked an outcry among those loyal to the monarchy, Mr Thanakrit said.

Aryut Sinthopphan, director-general of the department, ordered a panel to investigate whether Mr Parit was directly involved in the posting of the Facebook messages. If so, further legal action will be taken against him.

TCSD police will be responsible for finding out who else is involved.

At the same time, similar messages have appeared on the Facebook account of Mr Arnon while he has been in prison, albeit in a softer tone, Mr Thanakrit said.

Pol Maj Gen Anan Nanasombat, chief of the TCSD, said the division received complaints about posts on Mr Parit’s Facebook page made before and during his time in prison.

The poster could be someone who knows Mr Parit’s Facebook login and password information and is posting on his behalf, Pol Maj Gen Anan said. Those who shared the messages were being tracked as the sharing of unlawful messages could be deemed a crime as well, he said.

In other news, Piyarat “Toto” Chongthep, leader of the pro-government group We Volunteer (WeVo), said in a Facebook post on Thursday that he would lodge a police complaint against Sasiphat Phongpraphaphan, a key anti-government figure, for defaming him.

Mr Sasiphat is accused of being dishonest with his supporters and was secretly receiving funds from an influential figure, Mr Piyarat said.