Pressure Mounting on the Prayut Government to Contain Covid-19
Advertisement 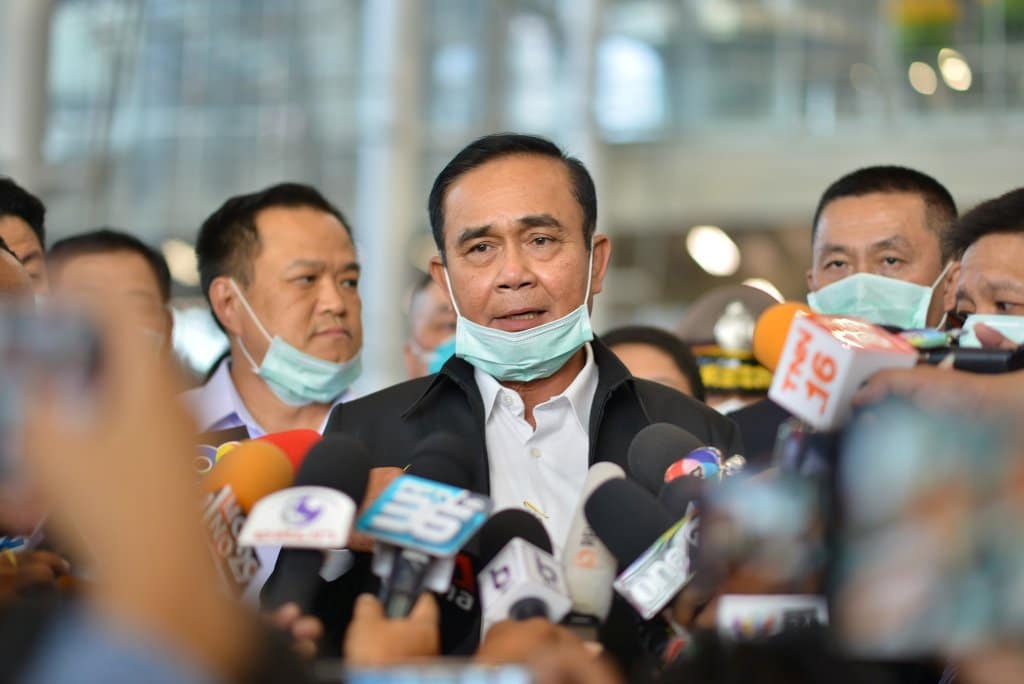 Political observers say the Prayut government will face a tough year this year as it has to face the impact of the Covid-19 and charter amendments in Thailand.

This year will pose economic and political challenges to the government as it will struggle to cope with the impact of the new outbreak of Covid-19 and the dispute over charter amendments will take centre stage this year, observers said.

Phichai Ratnatilaka Na Bhuket, a political scientist at the National Institute of Development Administration (Nida) told the Bangkok Post the new outbreak will not only have an impact on public health and the economy, but also on politics.

On the plus side, the new surge of the coronavirus will provide the government with a welcome respite from the pressure of anti-government demonstrations as fears of the pandemic will halt street rallies for the time being, even though the anti-government campaign will continue on online platforms, Mr Phichai said.

The public are now primarily concerned about their health safety during the pandemic, he said. However, the new wave of infections is expected to be more severe and the government will find it harder to bring the situation under control.

As a result, the government will emerge as a target of criticism because it may not be able to find the money for relief measures quickly enough as in the first outbreak early last year, Mr Phichai said.

He suggested the government suspend military arms procurement projects, halt some construction projects which are not urgent, and cut unnecessary spending and divert the funds to subsidise measures to help people. He went on to say that charter amendments remain a controversial political issue this year.

Of seven charter amendment bills, only two, one sponsored by the government and another by the opposition bloc, were passed in the first reading in November.

A parliamentary committee set up to scrutinise the bills is expected to complete its task in the second reading by February, and the bills will go to parliament for a vote in the third reading in March.

Hurdle for a referendum

During this period, conflicts are expected to intensify because the opposition’s bill calls for a 200-member charter drafting assembly (CDA) whose members are directly elected by voters across the country, while the coalition government’s CDA comprises 200 members: 150 elected across the country, 20 picked by parliament, 10 public law experts, 10 political experts and 10 representatives from student groups, Mr Phichai said.

The government coalition parties have agreed the constitution’s chapters 1 and 2, which contain general principles and sections associated with the monarchy, will be left unchanged, but the opposition Move Forward Party (MFP) disagreed and wanted to push for changes, he said.

Most senators have also opposed the proposal to set up a CDA to draw up a new charter, he said. “They prefer the charter to be amended section by section,” he said.

“The differing views between the three groups of parliamentarians will make it difficult for any of those bills to get through parliament in the third reading. “Even if it is passed, it has to clear another hurdle — a referendum.”

Sutin Klungsang, the opposition’s chief whip who is from the main opposition Pheu Thai Party, told the Bangkok Post that politics has now taken a back seat to fears about the new virus outbreak.

It is also likely that parliamentarians will not be able to meet during the remainder of this month, and this will delay the opposition’s censure motion against the government.

“However, people are suffering the economic impact of the pandemic and this will ratchet up pressure on the government,” Mr Sutin said.

He echoed the view that charter amendments will become a hot issue as the coalition government has made it clear that it will stick to its draft and will be at loggerheads with the MFP over amendments to chapters 1 and 2 of the charter.

Sen Somchai Swangkarn, who sits on the committee vetting the charter amendment bills, said the committee has not found the current constitution having any serious problems that need to be addressed.

“I believe there are no more than five sections that may pose obstacles to democracy. I also believe most senators are willing to support changes if they are justified,” he said.