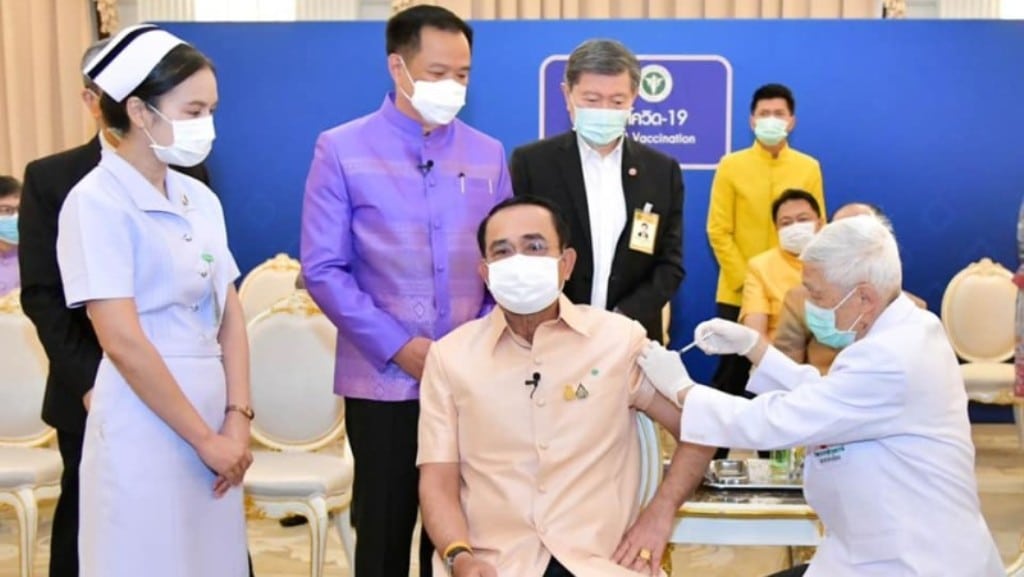 According to new research by the Thailand Development Research Institute the Thai government under Prime Minister Prayut Chan-o-cha has mismanaged the Covid-19 pandemic and vaccine supplies, which has plunged the country into a crisis and stifled opportunities to recover.

The institute has also called for the setting up of an independent committee to study the Prayut Government’s mishandling of the pandemic with the aim of drawing up a blueprint to prevent similar mistakes occurring in the future as it evaluates the government’s performance after two years in office.

Government spokesman Anucha Burapachaisri said the government will hold a press conference to respond to the TDRI’s assessment on Tuesday.

According to the report, Thailand succeeded in containing the first wave of the pandemic thanks to hard work from the medical and public health community and public cooperation, albeit at the expense of the economy. The country’s tourism-dependent economy saw a sharp 6.1% contraction in 2020, its worst in 22 years.

However, although that initial success gave the government a chance to prepare for a second wave and hasten the reopening of the country, flawed policy squandered the early boost and also played a part in triggering the second wave, it added.

That second wave began in December last year at a shrimp market in Samut Sakhon, where ensuing events shed light on lax border controls where migrant labour is concerned.

The third wave, which started in late March was linked to entertainment venues in Bangkok’s Thong Lor-Ekkamai area, and a clear sign of the government’s poor preparations, the report concluded.

The government was slow to spend the 45-billion-baht healthcare budget, drawn from the 1-trillion-baht borrowing, to strengthen the public health system. By early June, only 11.6 billion baht, or 26.1%, had been disbursed.

According to the TDRI, the public health system is now under considerable strain and many hospitals have had to ask the public to donate essential medical equipment.

“People must be held responsible and there should be an independent committee to gather facts and study the situation to prevent the same mistakes in the future,” said the report.