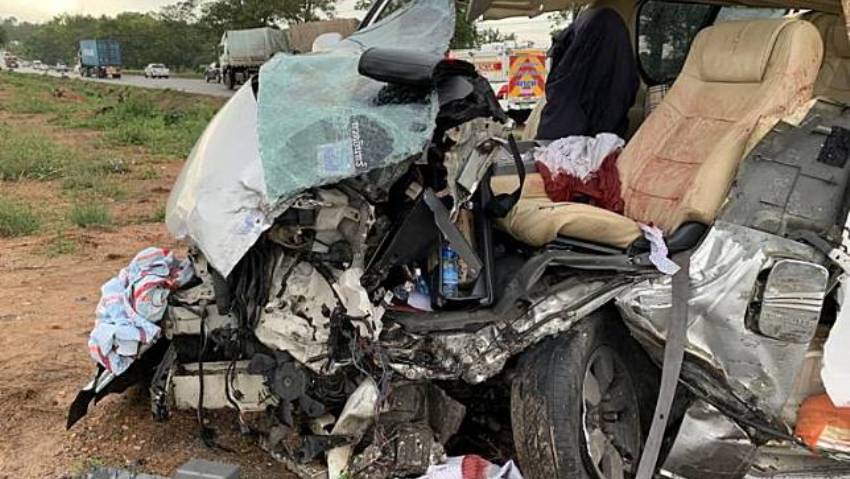 A passenger van has rear-ended a parked water truck killing one passenger and injuring 11 passengers in southern Thailand. The crash occurred on Hat Yai-bound Ratthaphum-Hat Yai Road and was reported about 7.30am.

Police arriving at the scene found a crashed passenger van with a woman passenger,dead inside the van and 12 other people, including the driver, injured, one seriously. They were rushed to Bang Klam and Hat Yai hospitals, Thai media reported.

A 10-wheel water truck was parked nearby, its right rear slightly damaged. Truck driver Pongsakorn Chanthorn was unhurt and waiting for police at the scene.

Mr Pongsakorn told police he was sleeping in the water truck, parked on the side of the road. He was woken by a loud crash at back. He checked and found a passenger van had rear-ended his truck. Furthermore many passengers injured and rushed to help.

The injured van driver, Watcharin Phakhama, 53, told police he was taking 12 Cambodian workers to a seafood factory in Songkhla.

He was travelling on the left and tried to change lanes to avoid the parked water truck.However the road was slippery due to heavy rain and the passenger van ran crashed into it.

Police were investigating and believe excessive speed was the main cause of the accident.