Majority Not Pleased with Prayut Governments Handling of Pandemic
Advertisement 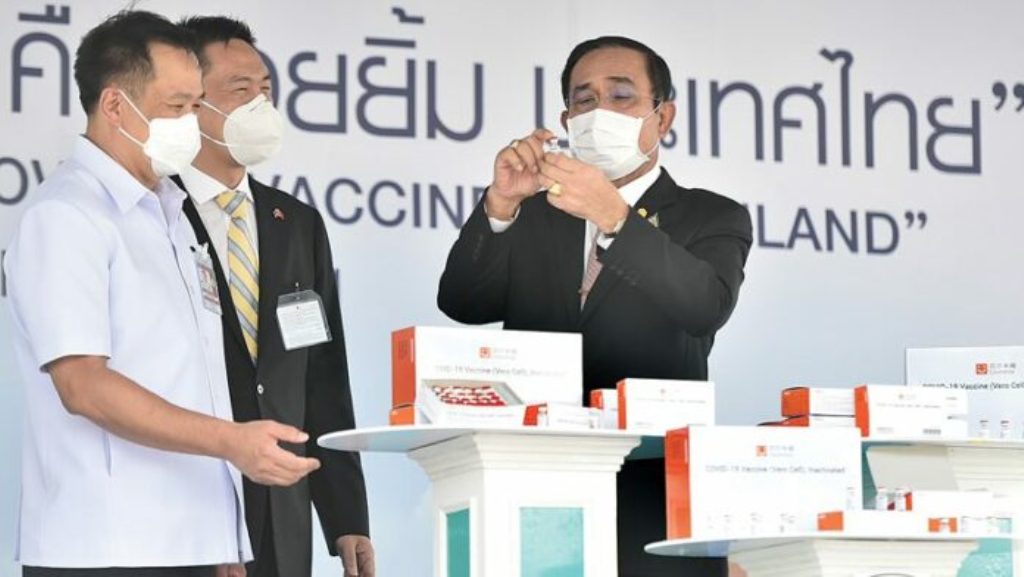 According to an opinion survey people in Thailand are not satisfied with the government’s handling of the third wave of the pandemic. The survey was conducted by the National Institute of Development Administration, Nida Poll.

The poll on the pandemic was conducted nationwide on May 17-19 and May 27-28, with 1,312 respondents aged 15 and over of various levels of education and occupation. The purpose was to compile opinions on the third wave of Covid-19 disease and the government’s response to it, the pollster said.

Another 22.56% were totally dissatisfied with the actions taken by the government, saying it was incompetent in its vaccine management, resulting in people not being able to make their own choice of vaccine.

On the other side, 12.20% said they were very satisfied with the government’s handling of the situation, while 33.31% were fairly satisfied, saying that Covid-19 was a global situation and the government had done its best to get vaccines.

Meanwhile, Health authorities on Monday reported 5,485 new Covid-19 cases, the most ever in a 24-hour period, raising the number of cases since the start of the pandemic to 159,792. A further 19 coronavirus-related fatalities took the accumulated toll to 1,031.

The Centre for Covid-19 Situation Administration (CCSA) said 3,532 of the new infections were in the general population and 1,953 in prisons.

Bangkok also logged the most deaths – 12 – while one each was reported in Kanchanaburi, Chachoengsao, Chon Buri, Nakhon Ratchasima, Samut Prakan, Samut Sakhon and Nonthaburi.

The centre also reported 58 imported infections, including 55 Thais who returned to the country from Cambodia via the Sa Kaeo border crossing. The others were a man from the Maldives and a Russian man