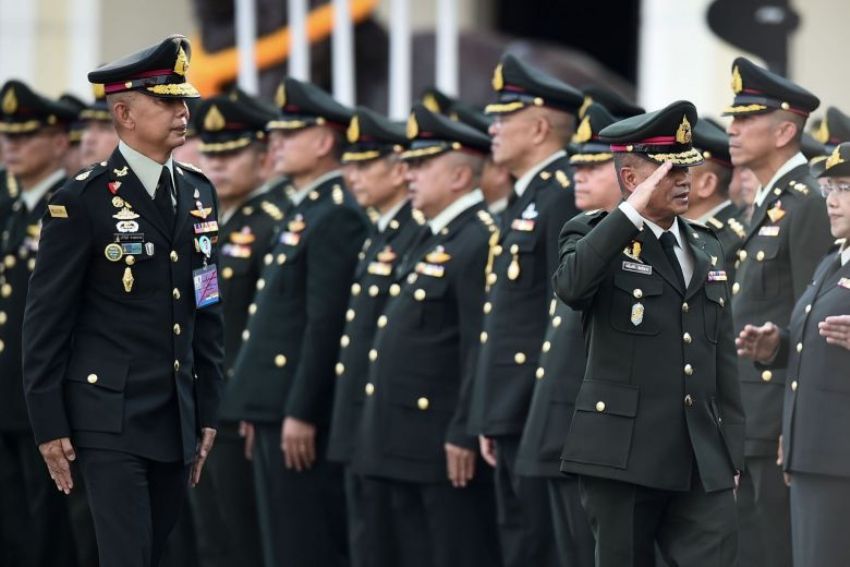 The military would get smaller, as the Defence Ministry has demanded just 500,000 soldiers while only 40 per cent had willingly registered.

The issue of high-ranking officers ordering soldiers to run their errands was also mentioned by the PM. Who said that there would be punishment for such behavior.


“I’m worried about corruption in the Army,” he said. “So, the wrongdoers must be eliminated by punishment according to hierarchical order. The higher their ranks are, the more severe punishment.”

Regarding submarines, Prayut said that they were necessary since Thailand’s marine territory had the value of Bt24 trillion per year. Also neighbouring countries also possessed submarines; — Vietnam has 6, Indonesia 5 and Singapore 4. The military is planning to buy three more submarines but the decision has to be in accordance with the national budget and economic growth.

The PM also said the number of tanks for each battalion will drop from 51 to 44 units.

Why are there so many Thailand generals and admirals?

The United States has a population of 360 million people, and an active duty military force of 1,281,000 (including 210,000 women). With about 900 generals and admirals serving in all military branches. The US military is engaged in two combat missions (Afghanistan & Iraq) and several military support and peacekeeping missions in the Middle East and Africa.

In comparison, Thailand has a population of 66 million, with a military force of about 350,000. But the Thai military is burdened with over 1700 generals and admirals. Which is more than their total number of warships, tanks, and aircraft put together! Over 300 of them work in Bangkok. And those senior officers have aides, not to mention conscript soldiers to do their household chores. And not one of those generals or admirals has seen combat since the Thai-Lao border skirmish in 1988.

There is a widespread belief that these countless Thai generals and admirals have just three main aims: to align themselves with politicians of the right political party; to ensure that they receive the best possible posting; and to enrich themselves and share their takings with their subordinates thus ensuring their loyalty.


Some critics have contended that, in reality, the Thai armed forces serve two main functions: a) internal security: to safeguard ruling class hegemony from challenges by mass movements to expand the democratic space, and b) to satisfy the self-enrichment goals of the upper echelons of the Thai military and their friends and supporters.