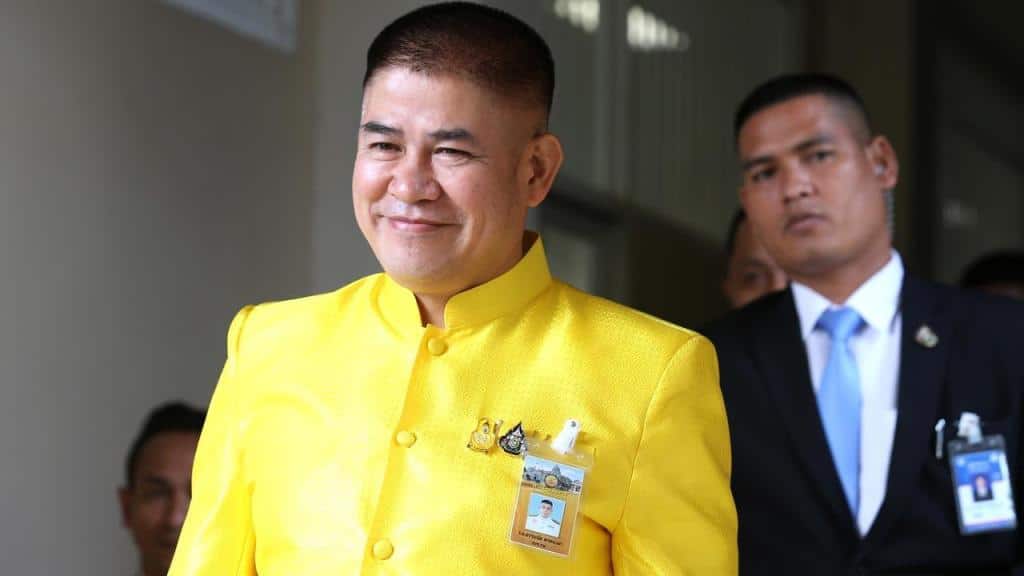 Thailand’s Constitutional Court on Wednesday ruled that deputy agriculture minister Mr Thammanat Prompao should keep his cabinet post. The decision thwarts Thailand’s political oppositions moves to disqualify him over news reports he was jailed in Australia for drug trafficking in the 1990s.

The Constitutional Court ruling said that Mr Thammanat Prompao, the deputy agriculture minister and power-broker in Prime Minister Prayuth Chan-ocha’s ruling coalition, did not violate the constitution because he had not been convicted by a Thai court over the drug offences.

“Although Mr Thammanat received judgement, it was from a court in New South Wales, Australia. The judgement wasn’t from a Thai court, so he is not prohibited from holding office based on constitution,” it said in its decision.

Deputy minister Thammanat in 2019 denied any wrongdoing and dismissed reports by two newspapers in Australia, the Sydney Morning Herald and the Age. According to Reuters the newspapers factually reported the he had been jailed in Australia for four years on a drugs charge.

The newspapers have also stood by their stories with legally obtained, documented proof.

In its decision on the complaint by 51 opposition politicians, the court said it had requested from parliament and the foreign ministry evidence of the conviction, including Australian court rulings made in 1994 and 1995, which were not forthcoming.

Mr Thammanat has said he had been caught with flour and not heroin. He has, however, admitted to having been convicted of an unspecified minor offence in Australia.

Deputy minister Thammanat was involved in forming the coalition led by Prayuth following an election in 2019 that saw him stay on as premier, five years after he led a military coup against an elected government.

Opposition parties have said the rules of that election were written to ensure victory for the party of Prayuth, which he rejects.

Prayuth has since consolidated power, after the Constitutional Court’s disqualification of the opposition Future Forward Party, a decision that triggered months of youth-led protests demanding his resignation and reform of the Thai monarchy.

The Thai Constitutional Court is under the strong influence of old-guard forces such as the military and royalist leaders. The court has also successively issued tough rulings on their emerging political rivals led by former Prime Minister Thaksin Shinawatra.

Criticizing the judicial branch of government is legally banned in Thailand.