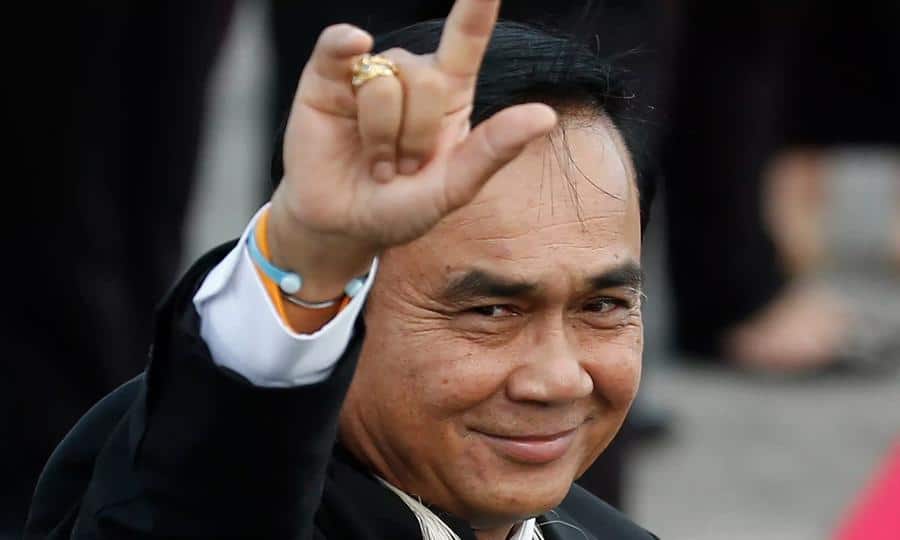 Prime Minister Prayut Chan-o-cha, who led the NCPO junta after staging the 2014 coup, was quick to playdown the report. Saying the report’s findings mostly drew mostly on complaints of corruption rather than proven cases.

He said that people would always try to cheat the system, but said he did not want to reveal the names of the culprits.

Instead, he ordered the his Office to publicize the achievements of his government. Above all to show how “well it had served the people”.

When asked by Asia One if each ministry would now be inspected for corruption, he said monitoring for government graft was the media’s job. He also added that government officials preferred working behind closed doors. Because they were afraid of being attacked by the media if they were too transparent.

One of the claims used by Thai military leaders to justify their coup in 2014 was that the administration of then-Prime Minister Yingluck Shinawatra was corruption.

Corruption charges were seen as a useful weapon to be deployed against pro-Shinawatra political figures, as a pretext to drive them into exile or imprison them.

In the years immediately after the 2014 coup, corruption in Thailand was widely held to have worsened under the NCPO. In part because the Thai courts lost their constitutional independence following the coup and became politicized.

Not surprisingly, Transparency International’s Corruption Perception Index (CPI) painted a very mixed picture of the generals’ efforts since 2014 to fight against corruption.

In February of this year, Gen Prayut admitted that his government’s “perceived undemocratic status” also had a bearing on Thailand’s latest fall in an annual global corruption index.

“That’s how they perceived the government,” Gen Prayut said. “But the result must be accepted.”

When asked by reporters if the drop had anything to do with the luxury watch case involving Deputy Prime Minister Prawit Wongsuwon, Gen Prayut said, “It was only a trivial matter.”

“Some major cases involving some fugitives were already closed. Why not look at those cases?” he said, without elaborating.

On Dec 27, the National Anti-Corruption Commission voted 5 to 3 to not pursue a case against Gen Prawit for failing to include 22 luxury watches and 12 rings. A list of assets and debts he submitted to the anti-graft agency upon assuming his cabinet post in 2014.

The commission found there was not enough evidence to rule the deputy premier deliberately concealed his wealth.

Thailand scored 36 points, a drop of one point from the previous year, on Transparency International’s 2018 Corruption Perceptions Index, which was released.

Among the kingdom’s Southeast Asian neighbours, Singapore was rated as the least corrupt with 85 points — down one point from its 2017 score — followed by Malaysia, whose score remains unchanged at 47 points.