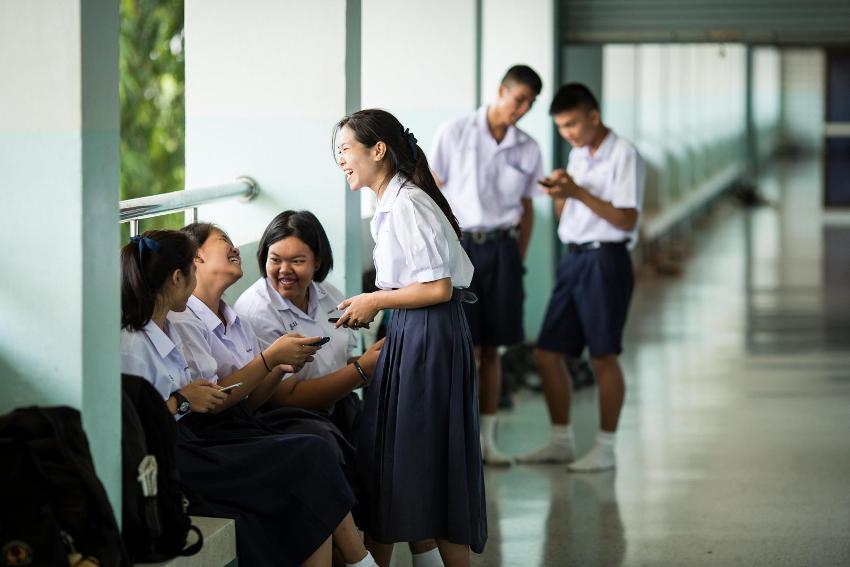 Ninety two organisations have called on the Education Ministry to step up proactive measures to stamp out sex attacks on schoolchildren. Above above all following recent child abuse scandals in three provinces.

They also submitted a list of nearly 10,000 people who signed a petition through change.org supporting the call.

Waraporn Chamsanit, manager of the Women’s Wellbeing and Gender Justice Program, said schools should be safe places for children. She also called on the Education Ministry to not stand idly by and let children and their parents seek justice on their own.

The ministry, she said, must step forward and file lawsuits against offending teachers. Furthermore its offer legal help to victims’ families and provide schoolchildren with protection and counseling.

If teachers or education personnel are guilty of sex crimes, the ministry must dish out severe punishment. Above all by sacking them and revoking their teaching licenses, Ms Waraporn told the Bangkok Post.

The ministry must also come up with proactive measures to prevent such incidents in schools. Furthermore to set up independent mechanisms using experts to handle complaints from schoolchildren, she said.

Speaking after receiving the letter, Mr Nataphol said had set up a centre to help victims and protect other schoolchildren from further abuse. He said the network’s proposals will be used when drawing up future preventive measures.

“Rest assured. The Education Ministry will not let wrongdoers remain in education circles and ruin the reputation of other teachers and schools,” he said.

Early this month, police charged seven men — five teachers and two alumni of a school in Mukdahan province — with gang-raping a 14-year-old student over course of a year. Three of the teachers were also charged with raping a 16-year-old student.

Also this month, a 39-year-old teacher in Buri Ram was accused of molesting a 12-year-old girl. Last month, a primary school director in Phetchabun was charged with abusing a student in a video that went viral.

Many rape cases end in settlements out of court at the encouragement of the police officer. This even included cases involving underage children. Some of the perpetrators are powerful people, or are employers of the victims, and they end up talking to the police to clear up the problem.