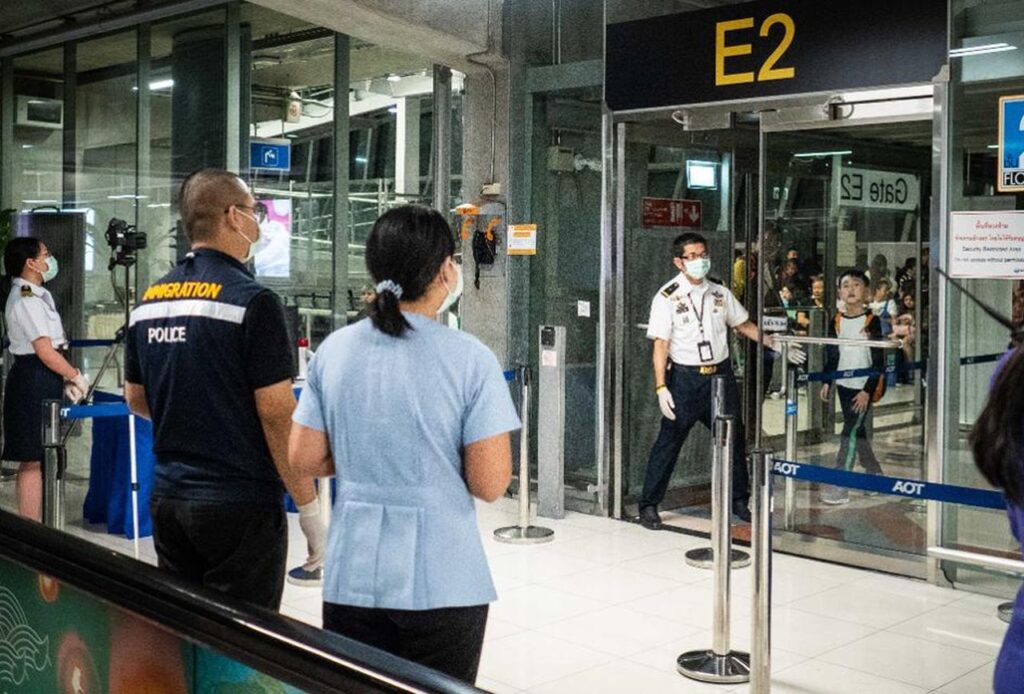 Health officials in Thailand have stepped up screen over the new coronavirus as Chinese visitors arrive for the Chinese New Year. The steps come after China confirmed its new coronavirus can be transmitted from person to person.

The Chinese government has classified the outbreak in the same category as SARS.The virus has killed nine people, infected hundreds in China. It has now spread to other countries including Thailand. Chinese authorities have said the virus could mutate, causing authorities scrambled to contain the disease during the Lunar New Year travel season.

Dr Tanarak Plipat, deputy director-general of the Department of Disease Control, said countries were intensifying their disease control after Chinese authorities confirmed that the coronavirus can be transmitted from person to persons.

According to Dr Tanarak, about 16,000 Chinese people visit Thailand daily. Furthermore 30 people have been quarantined for suspected infection of the new coronavirus this month.

Chinese media has reported that the new coronavirus has killed nine people and about 440 people were infected with it. At least two people contracted the virus from other people. They were in Guangdong province and received the disease from their family members visited Wuhan city. Some medical personnel were also infected.

Meanwhile, the World Health Organization (WHO) was to hold an emergency meeting Wednesday. Above all to determine whether to declare a rare global public health emergency over the disease. The new coronavirus has also been detected in the United States, Taiwan, Thailand, Japan and South Korea.

The Chinese government has classified the outbreak in the same category as the SARS epidemic. Meaning compulsory isolation for those diagnosed with the illness. With also the potential to implement quarantine measures on travel.

Officials in China still haven’t been able to confirm the exact source of the virus. Which has infected 440 people in 13 provinces and municipalities. Animals are suspected to be the primary source of the outbreak. There were live animals at a seafood market in Wuhan, which was identified as ground zero for the new coronavirus.