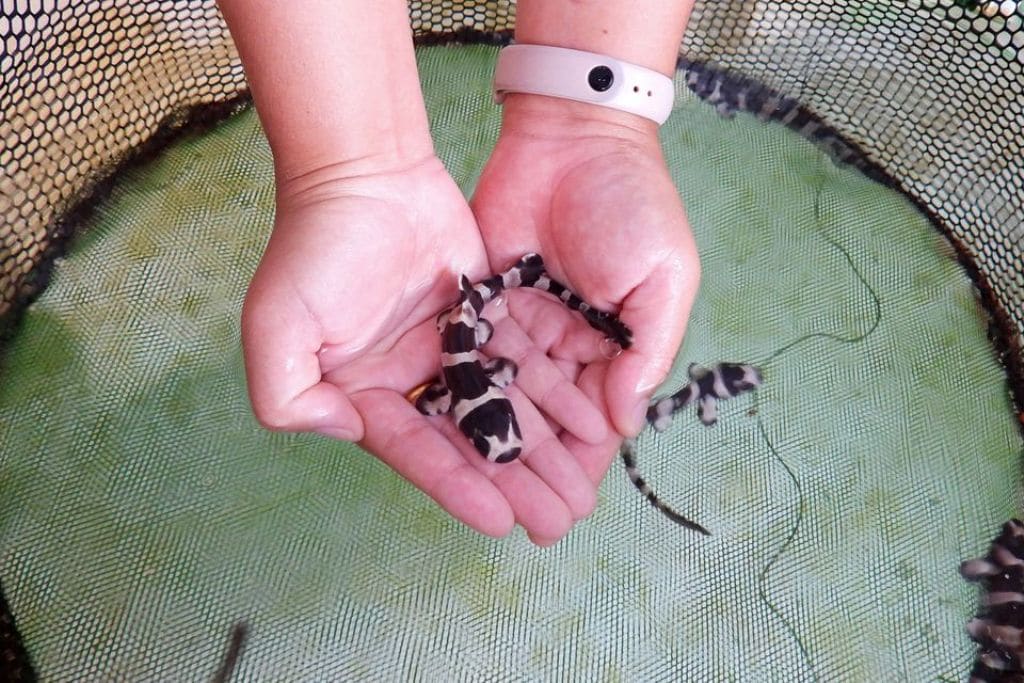 In the Gulf of Thailand, fisheries researchers use a guideline to scuba dive to the ocean floor where they release baskets full of young bamboo sharks.

The small, slow moving, bottom dwelling sharks with striped bodies and an extra long tail have become endangered in recent years because of their popularity with fish collectors and exotic food diners.

Researchers have released scores of juvenile bamboo sharks in the Gulf over the past several months, hoping to remove the species from the International Union for Conservation of Nature’s “Near Threatened” red list.

“We dive down to the sea base to release the fishes in safe area so they have a better chance to survive, rather than releasing them on the water surface like most other animals,” fisheries official Udom Krueniam told Reuters from a dive boat earlier this month. “If we release them on the water surface, there’s more chance they’ll be eaten by bigger fish or swim out from shelter.” 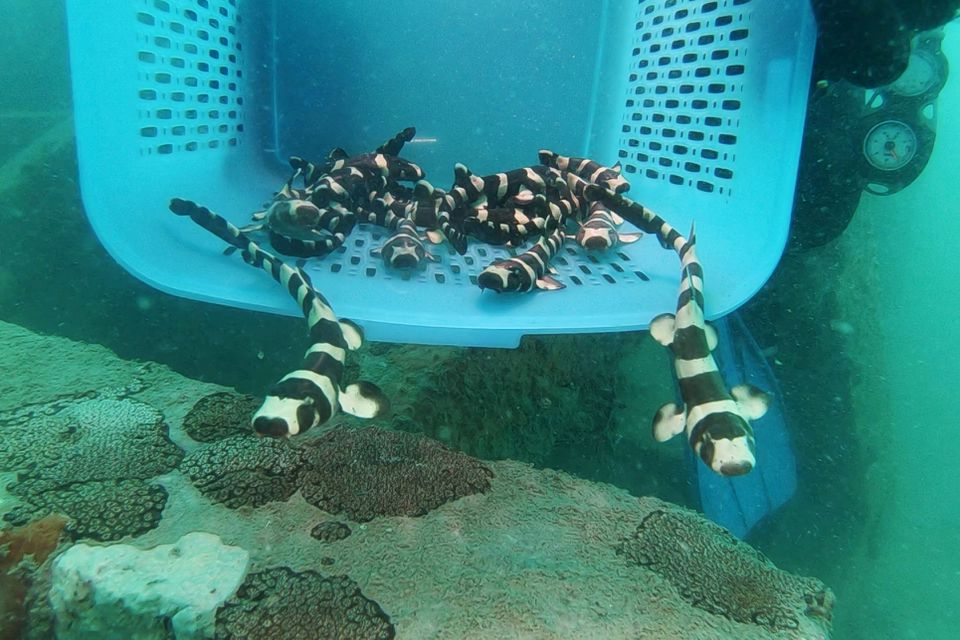 Researchers last week released 40 of the brownbanded bamboo sharks, aged between 2 and 3 months, in an purpose-built artificial coral reef at a depth of 18 metres (60 feet).

The species is native to the Gulf of Thailand, and is also found across Southeast Asia, Japan, and Northern Australia.

The sharks are one of the smallest marine predators, growing to a maximum length of around 1.2 metres (4 feet), and are not threatening to humans. They feed mainly at night, using their small teeth to grasp or crush prey.

Researchers hope the released sharks will settle in to their new home, where they will initially be sheltered by the man-made reef and hopefully reproduce.

Back at a research facility on land, Panida BuaLangka

carefully uses scissors to cut off the end of an egg sheath to help release the baby shark inside. Researchers help hatch the eggs in an aquarium, rather than in the open sea where they are vulnerable to other predators.

The project has so far helped hatch, nurse and deliver more than 200 bamboo sharks to the Gulf of Thailand.