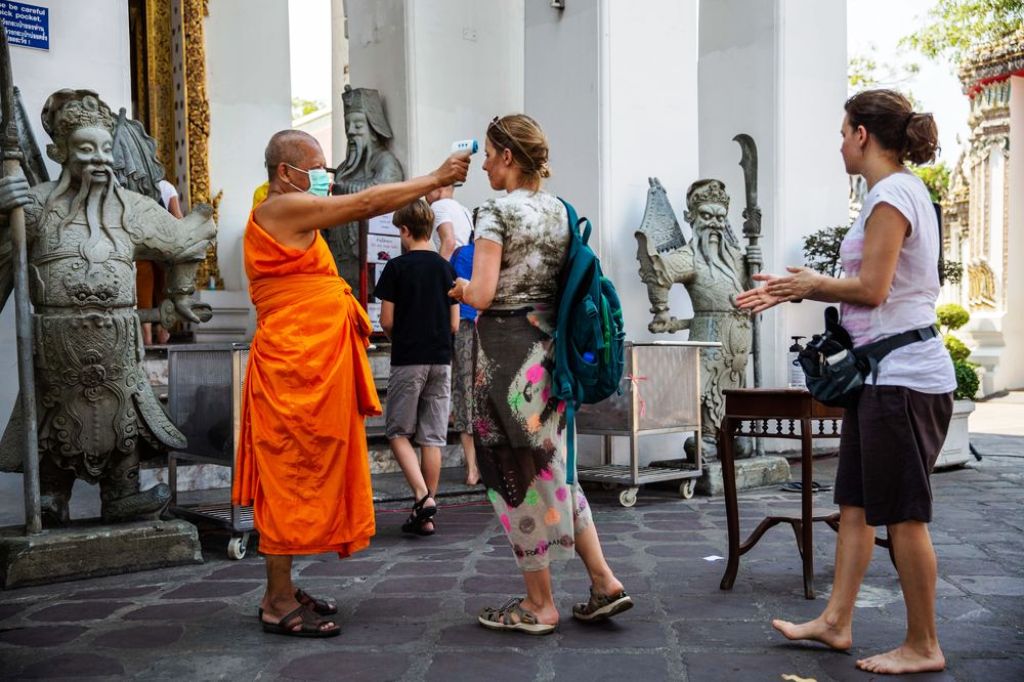 On Monday Thailand extended its grace period for visa renewals for foreigners stranded in the country due to the coronavirus pandemic until the end of October. Furthermore all travel restrictions remain in place as new coronavirus infections climb globally.

The extension will allow foreigners to remain in Thailand until Oct 31, Taweesin Wisanuyothin, a spokesman for the government’s coronavirus taskforce, told said. The visa extension matter is subject to cabinet approval on Tuesday.

Thailand halted commercial flights in April and banned foreign visitors in an effort to stop the coronavirus. With repatriation flights the only means of leaving the Kingdom.

In July, authorities granted automatic visa extensions from late March to Sept 26 to all foreigners.

After October, a new immigration regulation will allow foreigners to apply for 60-day extensions. It will allow them to remain in the country if they are unable to leave. Above all due to limited flights or other issues.

Previously, extensions required documentation from embassies and were limited to 30 days.

Authorities on Monday also extended an emergency decree until the end of October.

Thailand has kept the number of confirmed coronavirus cases at a low 3,545 with 59 fatalities.

The government this month approved visas of up to 270 days for long-stay tourists and is preparing to reopen to some foreign visitors from next month, although the move could be delayed.

The Tourism Authority of Thailand expects foreign tourist numbers to plunge to 6.7 million this year from 39.8 million in 2019 before recovering to 20.5 million next year.

This compares with the central bank’s estimate for 9 million tourists in 2021.

Sixteen of the new cases were from South Sudan, four from India, one from Pakistan and one from the Philippines.

The Centre for Covid Situation Administration (CCSA) said all 16 new coronavirus cases arriving from South Sudan were Thai soldiers. They were returning from a UN peacekeeping operation in the African country.

They returned to Thailand on a charter flight on Tuesday and were quarantined in Chon Buri province. Their test results on Saturday were positive, although all were asymptomatic. According to the Bangkok Post they were transferred to Phramongkutklao Hospital after the tests.

A 24-year-old Thai soldier studying in the Philippines tested positive on Saturday. He had arrived in Thailand on Wednesday and was quarantined in Chon Buri. He was asymptomatic, and sent to Laem Chabang Hospital after the test.

A Thai male student from Pakistan, 13, tested positive in his second test on Saturday despite being asymptomatic. He arrived in Thailand on Sept 13 on the same flight as two other passengers who were found to be infected.

None of the Indian cases showed signs of the disease.