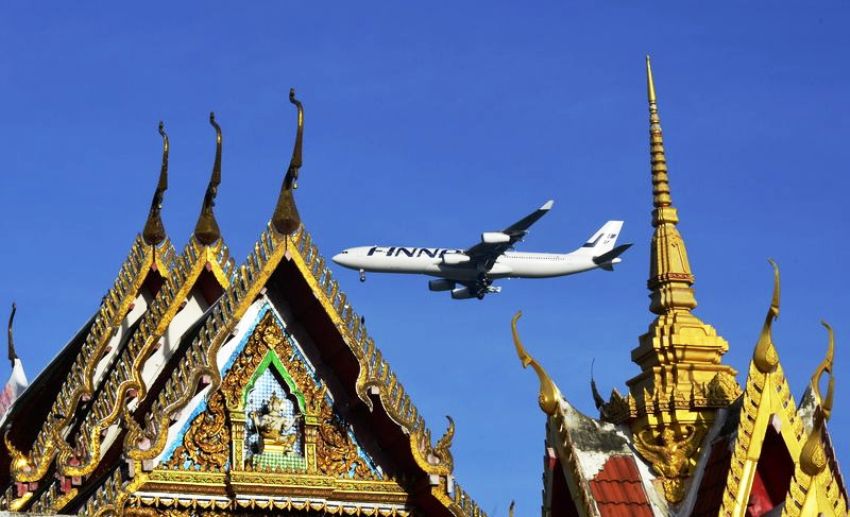 Thailand has extended its International passenger flight ban for another month to June 30, citing the need to contain the coronavirus. Thailand’s Civil Aviation Authority issued the announcement on its website on Saturday.

No passenger flights originating outside the country may land in Thailand until June 30. The exceptions are; state or military aircraft; emergency or technical landing; humanitarian aid; medicine and relief flights; repatriation and cargo aircraft.

The extended flight ban has led to speculation that the state of emergency decree may also be prolonged beyond May 31. Despite the fact that the number of new coronavirus cases has remained steady for two weeks. Furthermore falling to zero on two days this week.

Deputy Prime Minister Wissanu Krea-ngam, the cabinet’s legal expert, told the Bangkok Post that Prime Minister Prayut Chan-o-cha had asked which laws could be used to contain an outbreak if the decree was scrapped.

While Mr Wissanu admitted that the communicable disease control law gives provincial governors the power to take necessary actions, he said he worried about inconsistencies in its application.He cited the examples of Phuket, Krabi and Phangnga, neighbouring provinces that had different restrictions.

“Such problems made it necessary to issue the emergency decree in the first place. Above all to override provincial Governors orders. The central government fears that Thailand will have 77 different coronavirus standards relying on the disease control law. Thailand has 76 provinces in Thailand plus Bangkok.

He also said for now the government has ruled out the possibility that martial law or security laws. Which would give the Gen. Prayut even more than now.

A difference between the emergency decree and the disease control law are the latter gives power to governors. Provincial governors can issue orders while the former centralizes all power. As well, the emergency decree empowers the government to impose a curfew. It also bans criminal or administrative actions against officials performing their duties.

The emergency decree also allows the government to ban gatherings; and to censor or stop any communication that it feels could undermine its efforts. The disease control law has no such provisions.