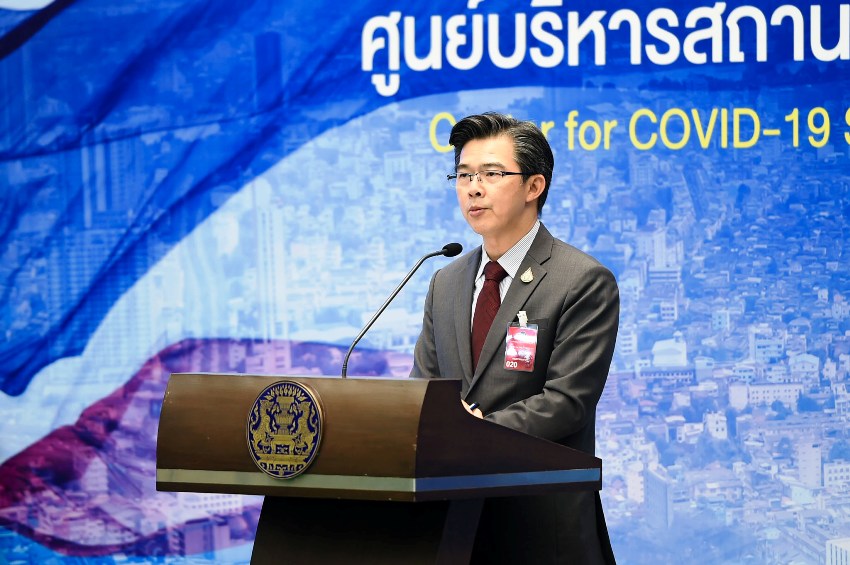 Thailand’s Center for COVID-19 Situation Administration (CCSA) reported that it will meet mid-week to consider the sixth phase of lockdown easing. By allowing the entry of foreign migrant workers, from Thailand’s neighboring countries. Above all to ease the labour shortage and enable economic rehabilitation, CCSA spokesman Dr. Taweesin Visanuyothin said.

Relaxation of entry restrictions on certain foreign tourist arrivals; visitors to trade exhibitions and film crews will also be considered for the sixth phase at the meeting; chaired by Prime Minister Prayut Chan-o-cha, he said. Also adding that a subcommittee of the CCSA, headed by the Secretary-General of the National Security Council, will meet Monday or Tuesday to consider whether the state of emergency will be extended again.

One is a 60-year old Thai office worker, who returned from Singapore before entering state quarantine. An asymptomatic case, he tested positive for COVID-19 on July 17th.

The second, also a Thai man arriving from Singapore, tested positive on arrival on July 17th. He was immediately admitted to hospital.

The third, a 39-year old Thai man arriving from Sudan on July 18th. He had a cough and tested positive on arrival. Health officials sent him for treatment at a hospital in Samut Prakan province.

Cumulative covid-19 infections in Thailand, to date, total 3,249. With 3,096 recoveries and 95 others still in hospital. The death toll remains 58.

Regarding swab tests in Rayong, in connection with the Egyptian military mission, 5,201 people have been cleared of the disease, out of 6,015 who have undergone swab tests. Results of the other 814 tests are still pending.

In Bangkok, 364 people have been tested and cleared of the disease, Thai PBS reports.

Dr. Taweesin said that global COVID-19 situation is of serious concern, as the number of new infections has increased from several tens of thousands to about 200,000 each day, and it is unknown when the figures will peak.

The CCSA spokesman dismissed, as groundless, an allegation on the “Mam Po Dum” twitter account claiming that infected Thai nationals were flown into Thailand to justify the extension of the state of emergency, in an attempt to pre-empt student protests, citing four recent flights, bringing home 600 Thais, 40 of whom were found to have a fever.

He said that the figure of 600 arrivals is correct, but the figures of those with a fever are wrong.

According to a resent Suan Dusit Poll over 90% of respondents to a recent opinion poll fear the prospect of the second wave of COVID-19 infections and they want a complete ban on foreign arrivals in Thailand.

The poll gauged the opinions of 1,459 people, between July 14th and 18th, about their concerns over the possibility of a second COVID-19 outbreak, following two incidents last week. One concerned Egyptian military mission members breaking self-confinement rules and the other involved a Sudanese diplomatic family, staying at a condominium instead of state quarantine facility, with one member of the family infected by the virus.

The poll shows 52.23% of the respondents are very concerned about the two incidents and 39.68% are quite concerned, while the rest are not concerned at all.

On the question of how to prevent a second wave of infections, 94.51% want the Government to forbid all foreigners from entering Thailand, 86.41% suggest stringent screening processes, 83.80% say people must wear face masks and regularly wash their hands, 81.40% suggest the Government keeps people updated about the pandemic and 76.73% want free access to COVID-19 tests.

73.82% believe there will be another round of lockdowns, while the rest dismiss it as a possibility.

In order to ease public concerns, 47.38% of the respondents suggest the Government should tighten up screening measures without exceptions, 33.43% want a total ban on foreign arrivals and 23.20% want the Government to address any problems related to the disease quickly.