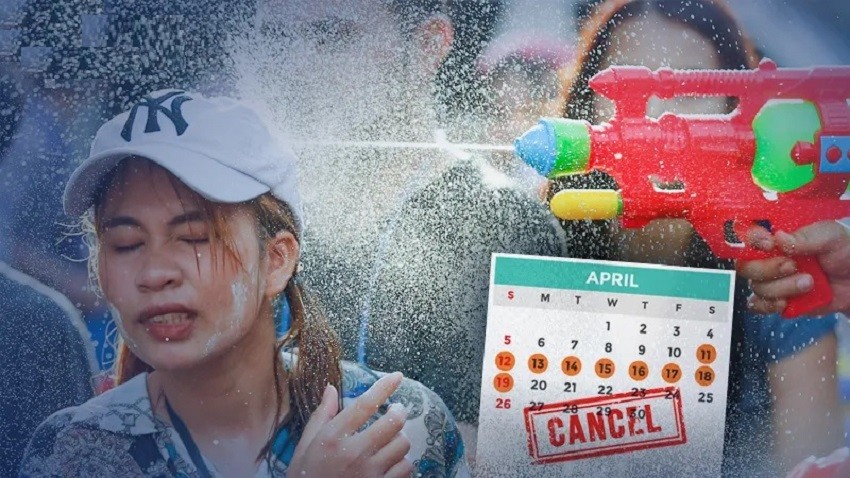 The Thai government plans to postpone the Songkran holiday this year to control the spread of the Wuhan virus as Thailand recorded 33 new coronavirus cases on Monday. Above all bringing the total tally to 147, a health official said.

Shortly before the new tally was announced, the Thai government said it plans to temporarily close venues that attract crowds of more than 50 people. It will also postpone the traditional Songkran New Year holiday, the Bangkok Post reports.The postponement also comes as part of efforts to prevent a widespread outbreak of the Wuhan virus.

Universities will be shut and courses moved online, Ratchada Thanadirek, a government spokesperson, said. The holiday will no longer fall on April 13 to April 15. Consequently new dates have yet to be announced.

The moves are due as soon as Wednesday once the Cabinet approves the plan, Thai Deputy Prime Minister Wissanu Krea-ngam said in a news briefing.

“The danger from Covid-19 is the nation’s priority,” Mr Wissanu said Monday in Bangkok. “The economic damage is secondary. We need to make people’s lives the priority. We can try to cope with the damage to tourism and industries later when the Wuhan virus  eases.”

Furthermore the decisions on closures will be tailored depending on the situation in provinces, Mr Wissanu said.

Public Health Ministry spokesman Rungrueng Kitphati said on Monday the 33 Wuhan virus cases were roughly divided into two categories; 16 had come into contact with previously confirmed cases; and 17 others had recently arrived in Thailand from foreign countries; or were Thai people who work closely with foreigners.

Thailand on Sunday reported its previous biggest daily spike in cases of the disease. A jump of 32, amid fears the kingdom is on the cusp of a larger outbreak. Many others were also being tested for suspected infections.