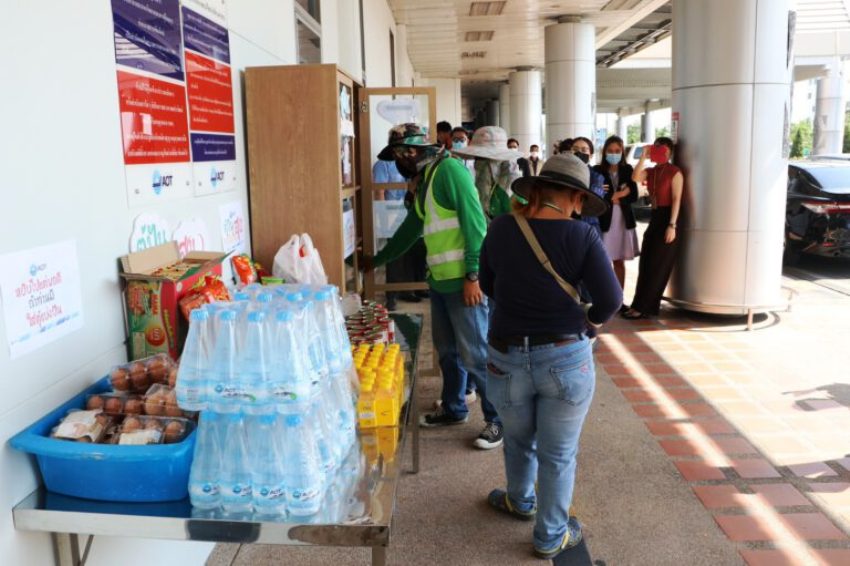 Thailand’s Prime Minister has joined in with Facebook users condemning people abusing community pantries for purely selfish purposes.  Prime Minister Prayut Chan-o-cha condemned those who emptied pantries and abused the public’s goodwill. He also said it must not be allowed to happen again.

If you continue such abuse, no one will want to donate,” the prime minister said on Tuesday.

Gen Prayut said he could not accept the blatant hoarding of community pantries by donors. Video clips have been shared on Facebook showing people arriving in cars and on motorcycles to take away items by the bagful.

The prime minister said people and authorities should look out for and protest against hoarders. People should learn to share and have compassion for others.

Many community pantries have sprung up across Thailand to help the poor and the needy. For people have been being severely affected by the pandemic.

Community Pantries being raided by resellers

Today Chiang Mai CityNews reported many people who are stealing donated food and goods, intended for the needy. Only to resell the sell the pilfered food items for a profit.

Lately there has been an escalation of the ‘community pantries’ across Chiang Mai in recent days. People can drop off goods to the needy and where the needy, in theory, can simply stop by and pick up bare necessities.

Sadly at one community pantry location there have been reports that a small group of people are waiting for the box to fill up before scooping everything for resale. Some people have even reported seeing people driving cars up and filling boxes.

The pantries are replenished by donors after items, including drinking water, uncooked rice, instant noodles, canned sardines and face masks are donated by the public.

One donor, was report she was bullied by people who were impatient she was unable to replenish a pantry she set up quickly enough. Miss Chatrudee Kopit told Thai Media that she set up a pantry outside her home and stocked up on items which were taken in short order.

But those who failed to get anything rang her doorbell, demanding that she keep the pantry filled at all times.

Community Pantries a good idea “BUT” Ms Chatrudee said she felt unsafe and decided to remove the pantry from outside her home. Instead, she has resorted to donating items at other pantries in the neighborhood.

Meanwhile, the Bangkok Post reports a Facebook user named “Rainbow Six” said scenes of people with sacks and bags in hand raiding pantries shows that those looking to take advantage of the goodwill of others outnumbered the poor and the needy.

Another Facebook user by the name of “Red Skull” said the pantries showed how selfish some people were. How community pantries seem to work better in theory than in practice.

Authorities have said that donors would be wise to donate only to manned community pantries.

Even more people should to donate directly to charities. If not donors should be giving the goods to those who truly need them.