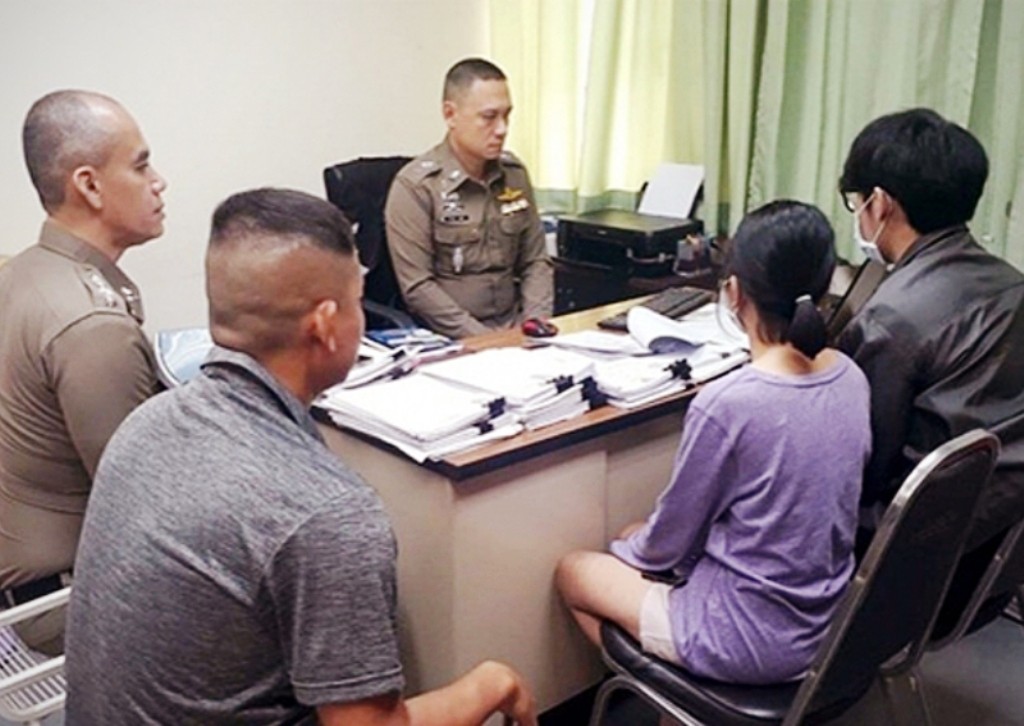 A young couple have turned themselves in to Police, admitting that they are the individuals who appeared in an Adult video clip shot at a university. Police said they also posted it online to the website pornhub.com.

The clip of the young couple having outdoor sex at the university in Bangkok has been circulating online since January 18th. The film stirred widespread criticism and also caught the attention of the university. Which later alerted police to find the culprits and press charges.

The man told police he and his girlfriend shot the adult video on the night of January 10th. They then uploading the clip to the website and opened a Twitter account advertising their adult video.

They required a membership fee of Bt300 and a monthly fee of Bt150 to see future videos.

According to Thai law, people who lewdly act in public are subject to a maximum fine of 5,000 baht.

Legalization of Brothels and Adult Toys

Meanwhile, a Thai MP has proposed legalizing adult toys and brothels as a way to cut rape offences and sexual assaults.

Treerat Sirichantaropas, a spokesman for a committee tasked with combating rape, said in a Facebook post he believed legalizing pornography and sex toys would help to cut the number of sexual assault cases in the country.

Treerat, said about 30,000 rape cases were reported every year. The majority of them filed by victims aged between 15 and 19 years.

Pornography and sex toys are taboo in Thailand’s conservative and hierarchical society. The dissemination of pornographic materials over the internet is a criminal offence in Thailand. Punishable with jail terms of up to five years and fines up to 100,000 baht. Though some pornography filters through on the internet, the government does its best to block offending websites.

Treerat argued that legalizing sex toys and pornography would “be one way to reduce rape.” Above all it would give perpetrators a release for their sexual urges.