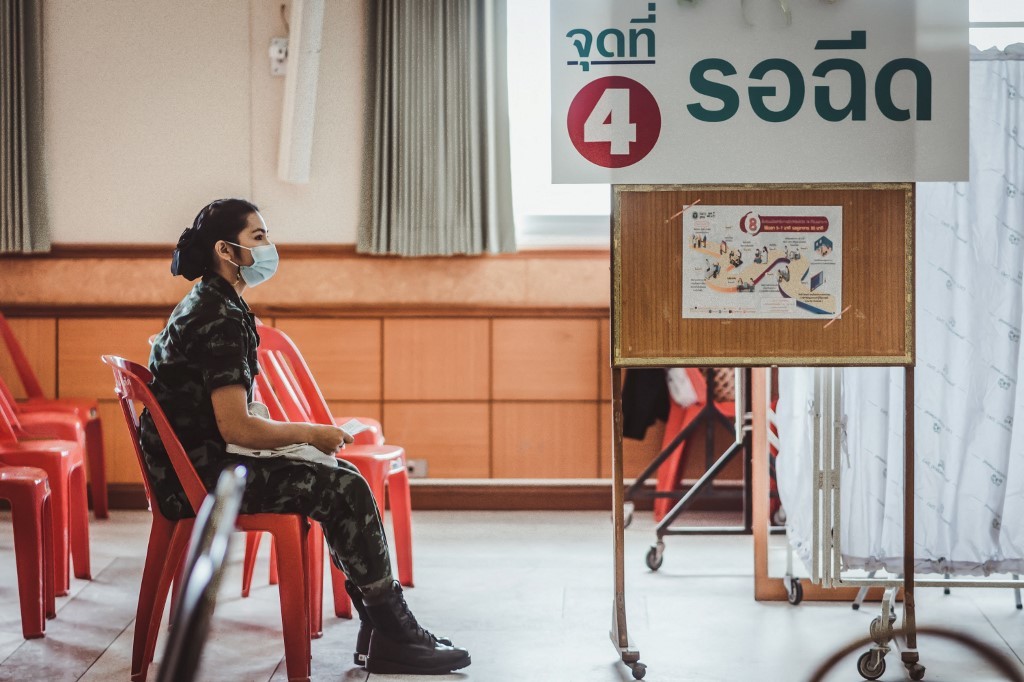 The Royal Thai Armed Forces is being probed after the Protocal Division said Moderna is the only vaccine it wants for its staff and their families.

Deputy spokesman Maj Gen Teerapong Pattamasingh Na Ayuthaya said late on Thursday night that an investigation was underway into the decision by protocol chief Col Yutthasak Promtha to make a special request for a supply of the vaccine against Covid-19.

The probe came after a letter dated July 19 and signed by Col Yutthasak was leaked and published on social media.

The letter was sent to the Thai Red Cross Society secretary-general and requested Moderna vaccine inoculations for his staff and their families. The names of soldiers and their families were attached to the letter.

The Thai Red Cross is importing 1 million doses of Moderna to provide free jabs for the public. The deputy spokesman did not deny the letter, but said it was not an official letter sent to an agency outside the armed forces.

However, the letter published on social media had a running reference number and the Garuda emblem, like official letters do.

The letter caused an uproar as many people are desperately seeking the mRNA vaccines produced by Moderna and Pfizer-BioNTech now the Sinovac vaccine is seen as less effective in protecting against the Delta variant of the coronavirus dominant in Thailand.

The Public Health Ministry is scrambling to find supplies of mRNA vaccines, or AstraZeneca‘s viral vector vaccine, for use as boosters for health personnel, especially those working in risk areas.

Former red-shirt leader Nattawut Saikuar posted a Twitter message on Friday questioning  the explanation from the armed forces. He said the incident reeked of use of privilege.

“What was the letter written for if it was not an official one? Just written for internal circulation, as a souvenir?” he wrote.

Anti-government leader Sombat Boonngam-anong posted a sarcastic message on Facebook, saying soldiers had a chance of getting Moderna, while the grassroots were given Sinovac.