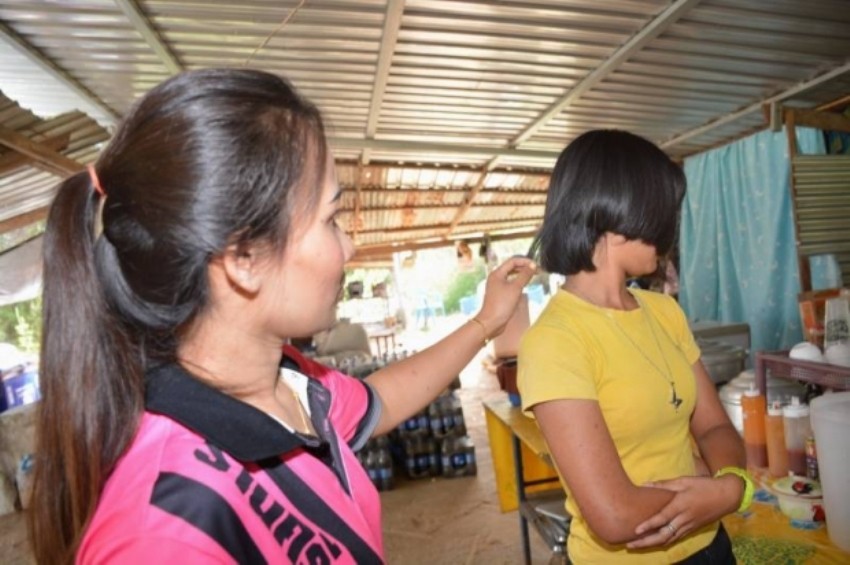 The incident occurred in the school’s courtyard in the presence of other students who were lining up for the morning assembly. The punishment caused shame and mental anguish to the student, Ms. Jin told the Bangkok Post.

Mr Chuchart said the Education Ministry has allowed female students to have long hair as long as it is tied in an orderly fashion.

He said the teacher had overstepped his authority giving the student an ugly haircut. Noting he has since accepted responsibility and apologized to the student and her mother.

The teacher has been reprimanded and told not to repeat the act, Mr Chuchart said. Also adding teachers should be tactful and gentle in handling such issues.

The mother said the school should have talked to her parents first. Furthermore the public ugly haircut was obviously intended to humiliate her daughter.

Ms. Jin said whether her daughter remains at the school will depend on how well she copes with the trauma resulting from the incident.

Under the Education Ministry’s new directive, both male and female students may wear their hair long or short. For male students; the length of the sides and back must not extend beyond the back of the neck; while female students with long hair must tie it properly.