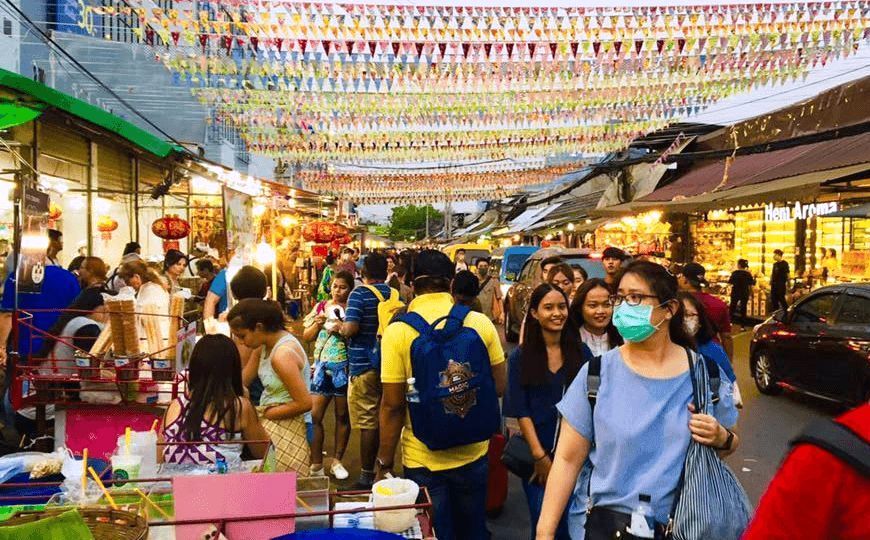 Thailand’s health department warned on Monday  that there was still a risk of new Covid-19 infections. Citing the fact that more than 3,000 illegal migrant workers have been caught trying to sneak into Thailand.

The warning came despite the fact that Thailand as of Monday Thailand has gone 42 days with no local Covid-19 transmissions.

Dr.Taweesilp Visanuyothin, told the Bangkok Post that security authorities says more than 3,000 illegal migrant workers had been detained while attempting to sneak into Thailand. Some of whom have also been infected with Covid-19 coronavirus.

Many of them had been caught and detained by the Immigration Bureau. Including some who had made their way into the inner provinces. While some have already been sent back to their own countries, he added.

“So, while travelling it is very important for everyone to never down let his or her guard [against Covid-19]. Above all as more of those who illegally entered the country may be around you,” said Dr Taweesilp.

He also responded to findings from a new survey conducted by Suan Dusit Poll, which showed that two-thirds of people were feeling relaxed about the Covid-19 situation.

He said that was worrying and everyone was still being urged to wear face masks, wash their hands frequently and maintain social distancing until an effective vaccine was found.

As for the government’s program to allow in foreign patients seeking treatment for non-Covid-19 conditions, he said a total of 1,169 such people from 34 countries and 1,521 accompanying friends and family had registered to visit Thailand for such a reason over the next three months.

All of those people would be required to prove that they had tested negative for Covid-19 within 72 hours of leaving their countries, plus undergo a mandatory Covid-19 screening test at the airport upon arriving in Thailand to confirm they were still free of the virus and stay in hospital for at least 14 days before leaving, he said.

“I would like everyone to believe in the safety standards of this system, which will help reinvigorate the country’s economy,” he said.

Suwannachai Wattanayingcharoenchai, director-general of the Department of Disease Control, said three patients — from Myanmar, the Maldives and Qatar — had arrived in Thailand under the medical programme in the first five days of July.

The CCSA on Monday reported five new confirmed Covid-19 cases– four Thai men and a Thai woman who had returned from Kuwait.

As the number grows of Thais left stranded overseas due to Covid-19 lockdowns, there has been a call for priority to be given to repatriate 49 Thai nationals now stuck in the UK and needing urgent medical care.

The CCSA is trying to coordinate with British authorities to give precedence to those in most urgent need, said Dr Taweesilp.