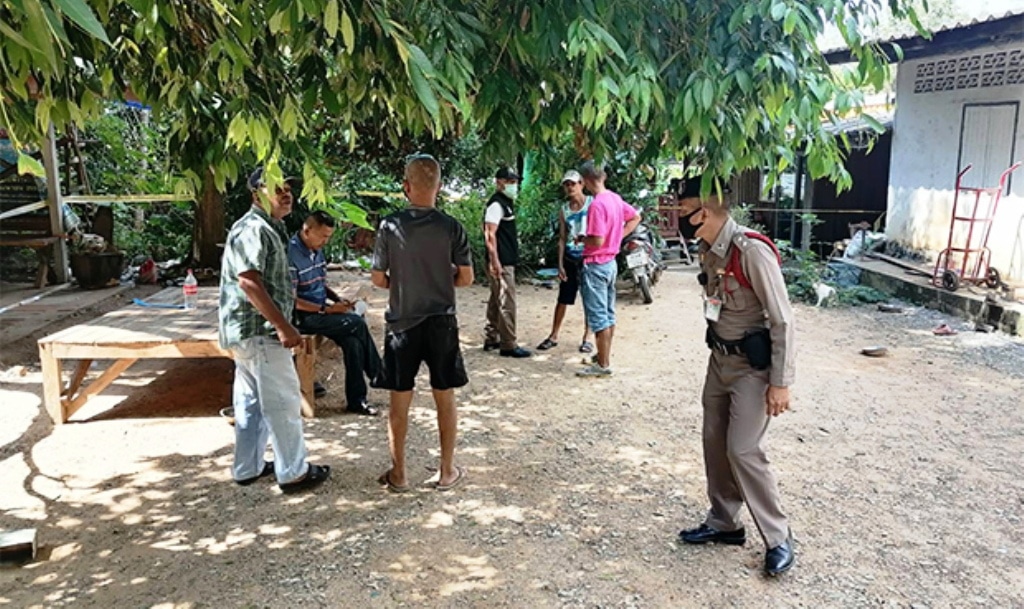 A 61 year-old woman has gunned down her husbands nephew who had attacked and wounded him with a knife in Chawang district of Nakhon Si Thammarat in southern Thailand on Saturday.

Pol Col Suthas Songsayom, said the woman, Aree Narit, 61, told police the incident followed a quarrel between her husband, Krachang, 64, and his nephew, Sommai Wuthisak, 43, who lived in a house about 30 metres away.

She said that after a heated argument, Sommai attacked and wounded her husband with a big knife. When she tried to stop him, Sommai instead charged at her with the knife. She then ran to grab a .22 pistol and when Sommai continued to attack her, she fired one shot that hit him in the chest, killing him on the spot.

Mrs Aree said she had to intervene, otherwise Sommai could have killed her husband. Her husband was admitted to hospital for treatment. Witnesses were being questioned. Mrs Aree was detained for further questioning pending legal action.