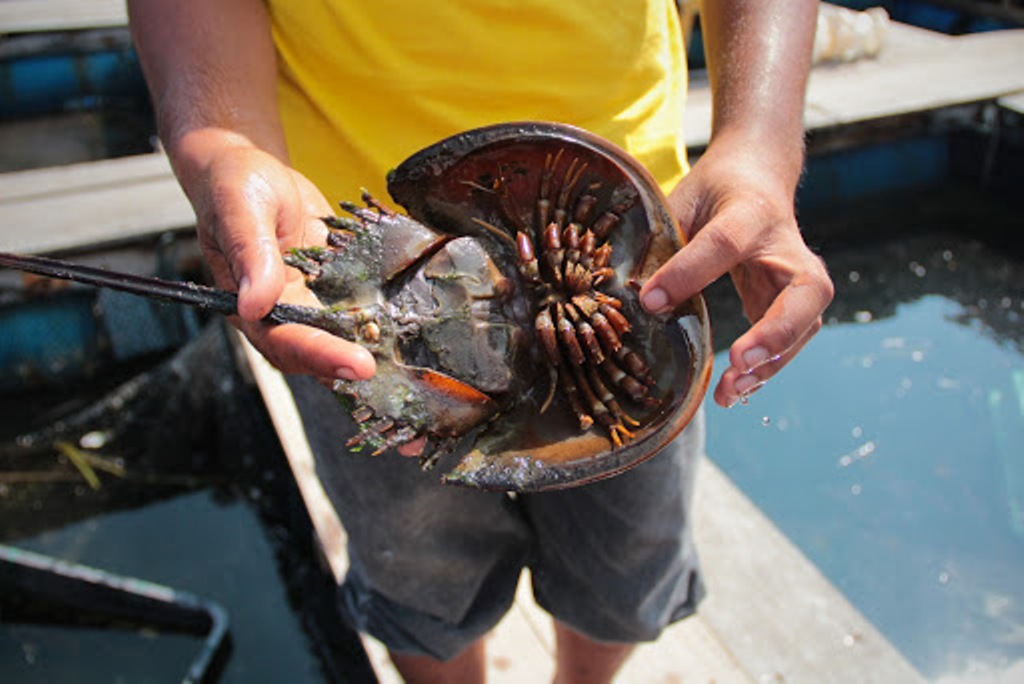 A woman on the Island of Phuket in Thailand has died after eating a grilled horseshoe crab she collected in a local mangrove forest. The victim and her mother went to collect molluscs in a mangrove forest near Soi King Kaew.

In addition to the shellfish, they also caught three horseshoe crabs and brought them home.

Wanthana grilled one of the horseshoe crabs and ate it. Soon afterwards, she vomited and complained of a headache, and was unable to walk steadily, Mrs Somjai said.

She took her daughter to the hospital run by the Phuket provincial administration organization The hospital advised her to take Wanthana to Vachira Phuket Hospital, where she had received medical treatment before.

On the way to Vachira Phuket Hospital, they stopped over at their house, whereWanthana’s condition deteriorated.

Mrs Somjat said she called the emergency number 1669. Wanthana was unconscious by the time the ambulance arrived. Medics gave her CPR, but she died shortly afterward.

Her daughter’s body was taken Vachira Phuket Hospital, where it was confirmed she died from eating poisonous crab meat.

After the incident a local marine life expert warned people to not eat young horseshoe crabs still in their early stages of development as they may be poisonous. The Ministry of Public Health has warned that consuming mangrove horseshoe crabs or their eggs could be life threatening.

According to the ministry, 33 people have suffered food poisoning and three others have died in the last five years after eating mangrove horseshoe crab eggs.

People have fallen ill after mistaking mangrove horseshoe crabs for Southeast Asian horseshoe crabs, which are not poisonous. They reportedly experienced numbness in their hands, feet and tongue, as well as heart palpitations, nausea, and dizziness.

They also have either orange or dark brown bodies.

Dr. Opas warned that since the toxins found in their eggs cannot be neutralized in high temperatures. Furthermore they are unsafe for consumption. Mangrove horseshoe crabs themselves are also especially poisonous from February to June. Because the plankton they consume is also poisonous.