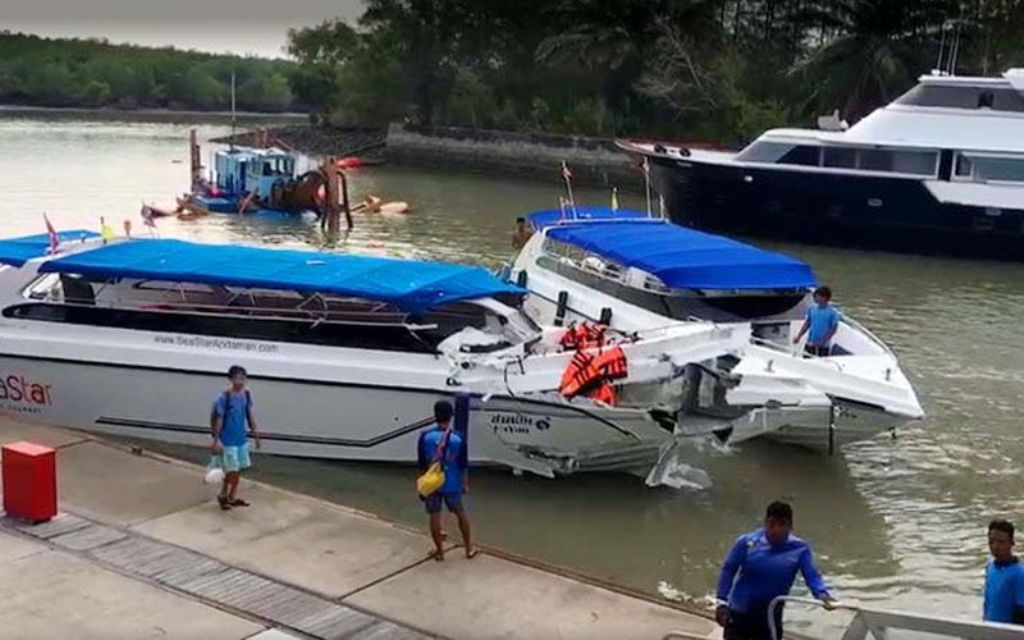 Two Russian children were killed and 21 other tourists injured when two speedboats collided near a marina in Phuket at 7.50am on Monday. Police said the collision happened at the channel near Phuket Boat Lagoon.

Injured tourists were rushed to local hospitals. Two of them, a 12-year-old boy and a six-year-old girl from Russia, succumbed to their wounds at hospital.

Police quoted eyewitnesses as saying that Panan boat cut in at a junction and caused the collision.

The drivers of the two speedboats were charged with reckless driving causing deaths and injuries.