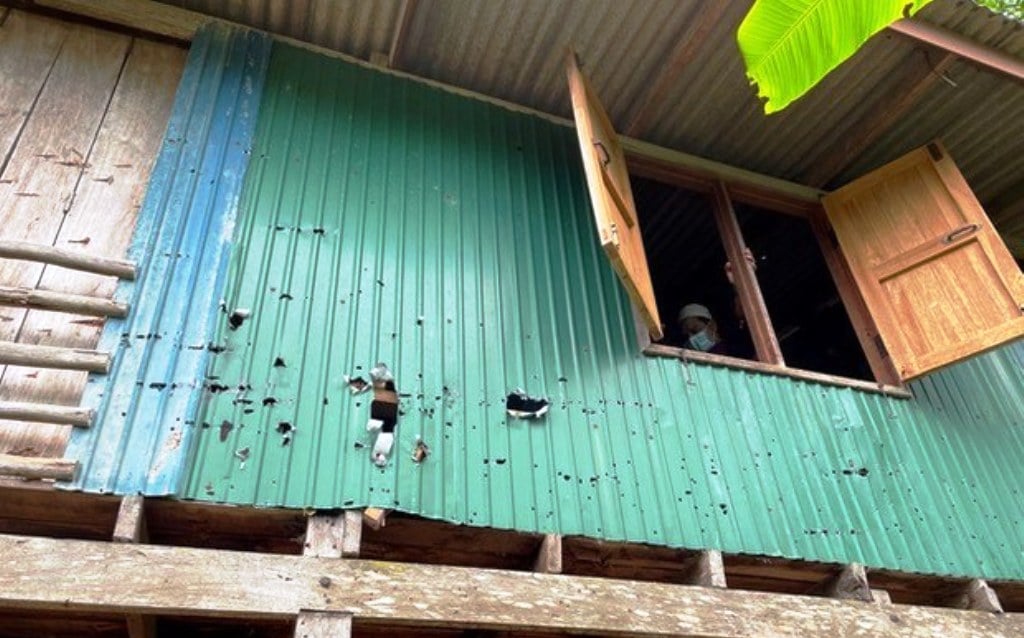 Time was running out for the two insurgent fighters after they killed a member of the Thai paramilitary forces in Thailand’s deep south. Bullet holes riddled the corrugated metal wall of the house where they hunkered down during their final hours.

Dozens of Thai government security personnel had surrounded them after the men inside shot dead 27-year-old Nopparit Sukson, a member of the Thai paramilitary forces. His body lay meters away on a forested slope at the edge of Krong Pinang, a village in Yala, a province in Thailand’s troubled Deep South.

An imam had been called in to persuade the 2 insurgents to surrender; a third man had already done so. The two men holed up in the house had decided not to surrender. Instead, they began making video calls.

Speaking casually, they asked friends and family members how their day went, as if this were a regular conversation instead of a farewell call, according to people who spoke to the pair, who were killed in a gunfight with Thai security forces on May 4.

Ilyas Wo’ka, 32, and Ridwan Cheksoh, 31, also asked for forgiveness among friends and family. They told people whom they telephoned not to worry about authorities tracing the call, because they would make sure to destroy their phones and SIM cards.

Insurgents gunned down by security forces

But someone began recording one of the calls on another cellphone.  Soon, footage of the two men was circulating on Thai social media, with no accompanying sound.

In the footage, the men – one holding an AK-47 – appear remarkably calm, smiling and laughing, providing a rare glimpse of insurgents.

After a three-hour standoff, the men were shot dead as they tried to make a run for it by dashing up the hill toward deeper woods. The local community deemed them martyrs and buried them as such.

Hundreds of thousands of baht was donated to the families of the two men within the first three days after their funeral, village elders and relatives said.

Well-wishers, averaging nearly 1,000 a day, strolled through the dead men’s homes. The house where the two positioned themselves during the standoff, and the sites where they were gunned down, also drew visitors.

Don Pathan is a Thailand-based security analyst. The opinions expressed in this commentary are those of the author and not of CTN News