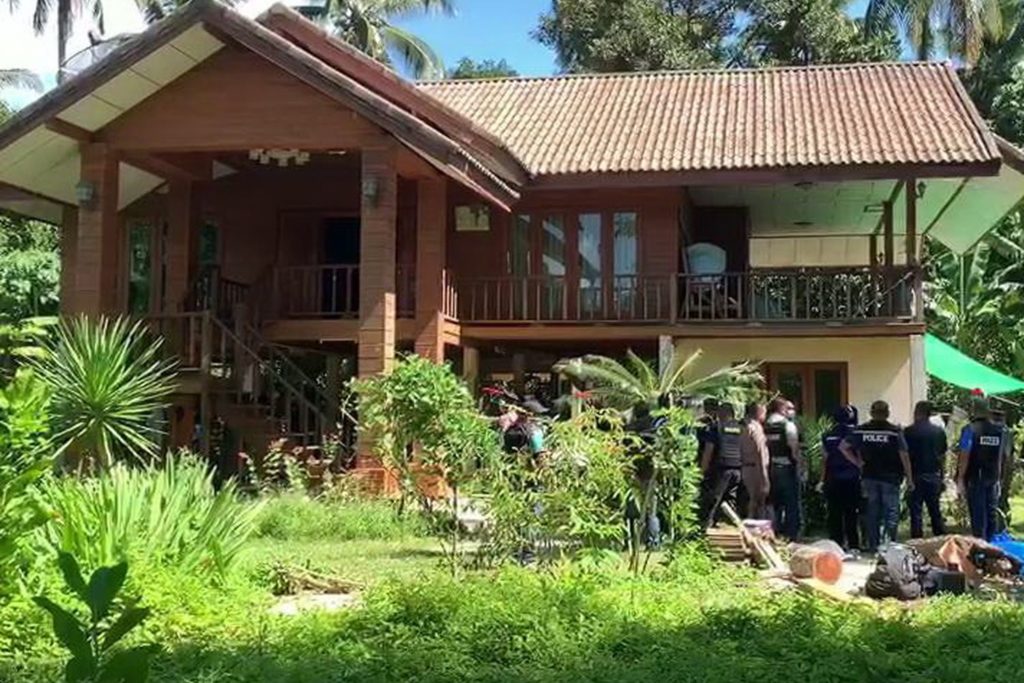 Three police officers have been shot and injured after trying to serve an arrest warrant on  suspected drug dealer in Southern Thailand. The suspect wanted under a court warrant was killed by three policemen in the exchange.

The incident occurred at about 8am in tambon Kamlon, Lan Saka district, of Nakhon Si Thammarat. Police had court warrants for the arrests of Udom Rattanamanee, 46, and his wife Areeya Panthip on drug related charges.

At the house, the police met Preecha Rattanamanee, Udom’s father, and also showed him the arrest warrants.

While Mr Preecha was going up the second floor, supposedly to get his son, Udom suddenly opened fire from inside the house. Udom had an M16 assault rifle and an 11mm pistol. A firefight ensued.

Udom’s father returned with a knife and unexpectedly stabbed a police officer in the neck, leaving a deep cut.

Another police officer sustained a gunshot wound in the head and another was shot in the left leg. Consequently the three wounded policemen were admitted to hospital.

Udom was found dead in the house, with the M16 and the 11mm pistol found near the body.

Udom was released from a prison not long ago after serving a jail term. Mrs Areeya was arrested. Udom’s father, Mr Preecha, was also apprehended for obstructing and injuring a policeman.